Google has officially hinted that the next iteration of  Android OS, Android 11 may be rolled out as a stable version on 8 September.

Google has already rolled out Android 11 beta build last week to its Pixel devices after months and months of testing. Many OEMs have also provided Android 11 (initial build-GSI) to their Flagships.

Now we have some inputs about the Android 11 a.k.a Android R update for Xiaomi Mi MIX 2s. Xiaomi Firmware Updater, has tipped that the Mi MIX 2s won’t be getting the upcoming Android 11 update which is sad. 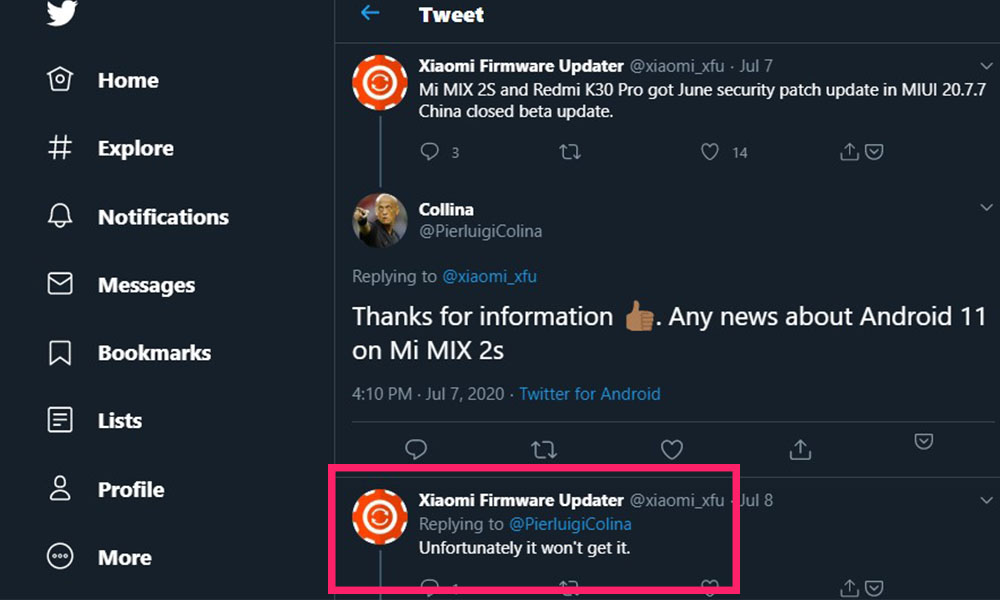 The Xiaomi Mi MIX 2s was released in 2018. The device came out of the box with Android 8.0 Oreo and later got the Pie update and Android 10 update. So the device has received two major updates and now its look like the Android 10 is final Os update for the device.

These things could change in future. We are keeping our eye on the development. So do keep visiting the site.