After releasing the Android 11 official stable OS, Google has also uploaded the Android 11 Source Code to AOSP (Android Open Source Project) so that third-party custom firmware developers can easily build their own aftermarket ROMs. Most smartphone OEMs include a bunch of unnecessary apps (bloatware) that can’t be uninstalled. While the aftermarket Custom ROM comes with bloatware-free clean UI. So, if you’re using a Project Treble supported Android device and looking for Android 11 Best Custom ROM to download then this article is for you.

Android 11 is the successor of the last generation Android OS that includes plenty of additional features and improvements. Currently, the stable Android 11 is only available for eligible Pixel devices and some of the non-Pixel Android devices are running on the preview beta build. However, the Android 8.0 Oreo or higher version running device users can simply install the Android 11 GSI to get an early taste of it before receiving the official update by OEMs. Custom ROMs are based on the official Android source code that can be customized or developed by third-party developers. Here we’ve shared all the useful features of Android 11.

Must Read: How to install Android 11 Beta on Google Pixel Devices 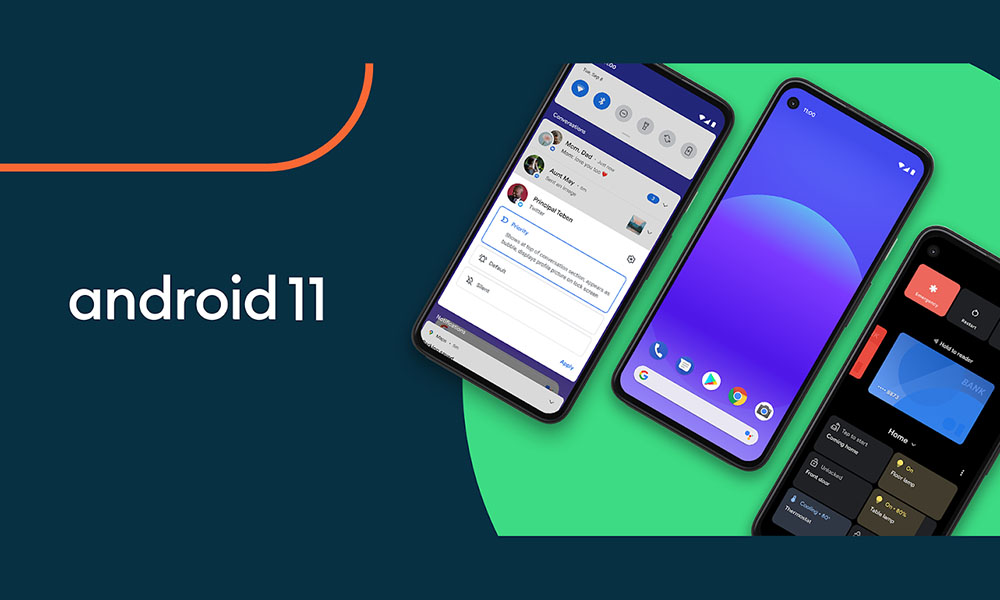 Most importantly, Custom ROMs come with plenty of additional features and customizations that make them unique and popular among the advanced Android lovers. But there are downsides too in the custom firmware like it may be as stable like a stock ROM, unable to receive the official software update from OEM, some official features won’t be available on Custom ROMs, battery performance may degrade a bit, lack of security or privacy measures in some cases, etc.

So, if you’re eagerly waiting for the Android 11 Custom Firmware to install on your device before anyone else, then check out some of the popular Custom ROMs below based on Android R.

Lineage OS is the successor and redesigned version of CyanogenMod OS. It’s based on AOSP code and one of the most popular and stable Android Custom ROMs in the market for a couple of years now. It offers stock Android like UI with plenty of customization options that users can perform according to their choice. The Lineage OS also performs really well in day-to-day usage than any other Custom ROMs. The ROM doesn’t come with any pre-installed Google Apps or Services. That means users have to install the latest Android 11 Gapps package after flashing the Custom ROM.

As the name suggests, the Pixel Experience ROM is an AOSP based aftermarket firmware that offers almost a similar user interface, icons, design, theme, launcher, and plenty of useful features of Google Nexus or Pixel devices. If you’re a Nexus or Pixel theme lover and want to customize your non-Pixel device to the same look with smoother and stable performance, this ROM will be a great choice. The best part is that it’s now compatible with plenty of Android smartphone OEMs and models and it doesn’t require any external Gapps package to be installed.

Paranoid Android is an open-source operating system for smartphones and tablets based on AOSP. It’s developed by the Paranoid Android Team and offers an OTA update to its ROMs. The latest official version has been released recently in July 2020 named ‘Quartz 4’ that’s based on Android 10. Just like any other AOSP ROM, it also offers a minimal and clean UI without bloatware. However, the list of supported devices is not so long except for Samsung, Asus, Sony, Xiaomi, Poco, etc.

You May Also Like: How to downgrade to Android 10 from Android 11 (Uninstall Android 11)

Resurrection Remix ROM is the most customizable and visually crafted ROM that you will find on the market right now. It offers way more than customization features to heavily change or tweak the user interface, icons, colors, status bar, navbar, lock screen, other controls, and more. However, this is not a very stable Custom ROM like others when it comes to performance. Users may get errors and app crashes even after getting the latest updates. It’s just for customizations and a unique look. So, that’s a big concern for the RR ROM users. Hopefully, it will be fixed in the future.

Havoc Os is another very new but popular Custom ROM. It is based on  AOSP and provides very close to Pixel look and feel. It is a very feature-packed ROM. This Havoc OS ROM is material design-focused, fully-featured yet simple to use. There are tons of Customization features added to the ROM, from the status bar to quick setting, you can literally change anything.

Steps to Install Android 11 Custom ROM for any Android Devices