Xiaomi Mi 10 has been on the news for a quite some time now. The device’s specs have been leaked several times with official renders. This morning, Xiaomi has officially revealed the official Xiaomi Mi 10 first look poster.

The poster gives us a clear idea about the design of the device. According to the official poster, Xiaomi 10 will have a rear vertical four-camera module on the rear side. There is a punch-hole camera cut out at the top left of the device’s screen. Xiaomi’s logo can be seen on the backside of the device.

Most of the important features and specs of the devices have been leaked already. Xiaomi Mi 10 will come with the Snapdragon 865 chipset along with LPDDR5 memory. The device will also have WiFi 6, UFS 3.0 storage 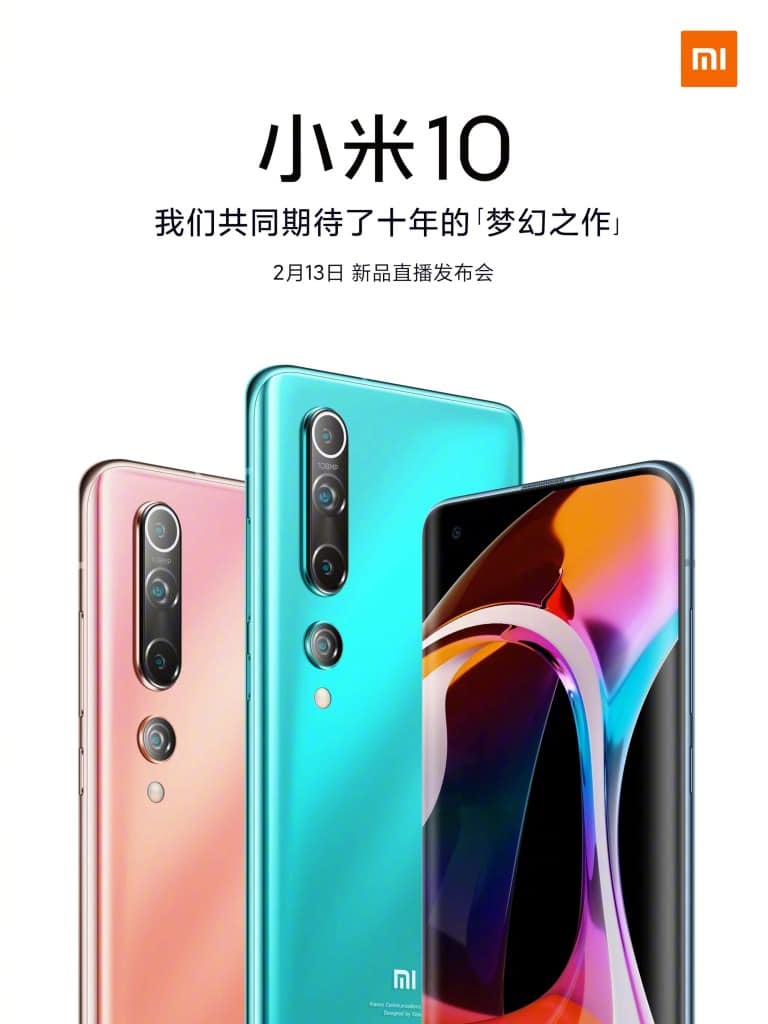 According to the reports the device will be equipped with 4 rear vertical cameras 108MP + 48MP + 12MP + 8MP sensor. Xiaomi has officially confirmed that the Mi 10 series will be released online on February 13 and it will be released globally on 23rd of February 2020.