As I mentioned before, Google has officially released Android 7.0 Nougat stable version for nexus users.All the latest nexus devices and Android one devices have received the update.We have already posted Download Android Nougat 7.0 for Nexus 5X, Nexus 6, Nexus 6P and Nexus 9 (OTA Files).But as we all know, Nexus 4 and 5 are not in that list.

We have already posted a guide to Manually Update Nexus 5 to Android 7.0 Nougat (AOSP ROM)[icon name=”external-link” class=”” unprefixed_class=””].So if you have a Nexus 5 and want to try out latest android then you should check out that.Now there is another great news for LG made Google Nexus 4 users.There is an unofficial AOSP Android 7.0 Nougat ROM available for Nexus 4.

Very Special thanks to  XDA Recognized Contributor zaclimon for sharing the initial build of Android 7.0 Nougat AOSP ROM for Nexus 4.The ROM is full of bugs.It is in it;’s beta stage.But if you want to try out latest Android on your Google Nexus 4, then you should check out that.Remember, this AOSP ROM can’t be used as a daily driver.

Nexus devices are very popular among the devs, so there are many custom ROMs available to update the old nexus to latest Android.Now there is a great news for all Nexus 4 users.There is an AOSP ROM available for Google Nexus 4 which will update the device to latest Android 7.0 Nougat.But before following this guide, make sure you have a proper nandroid backup of your current ROM/Firmware and system data.So that you can restore your previous backup.

HOW TO FLASH / INSTALL ANDROID 7.0 NOUGAT ON GOOGLE NEXUS 4 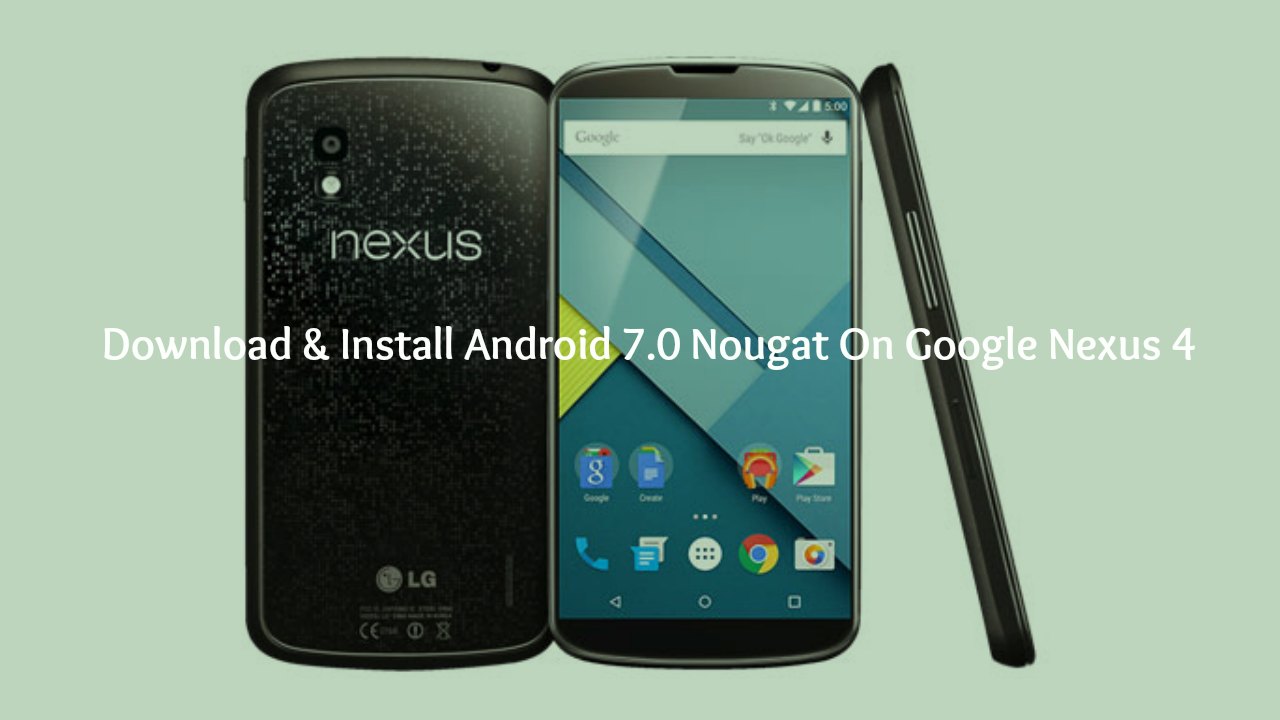