As I stated before,  it is an unofficial ROM.It is posted On Xda by surdu petru.The ROM is functional and there will be few bugs present as it is in its alpha stage.This is the first release of this unofficial CM13 ROM For Huawei Ascend G620S so there are few bugs present and we are sure in future update everything will be fixed.For Bugs list, check out this official Xda Post.Follow the guide carefully to Flash / Install CM13 Marshmallow ROM On Huawei Ascend G620S

This unofficial CM13 ROM is a Very clean & Fast ROM with some added extra useful features.You will also get the DOZE Mode resulting in good battery life.Below we will be sharing Full step by step guide to Flash / Install Official CM13 ROM On Huawei Ascend G620S

Supported Devices: This guide is only for Huawei Ascend G620S

rootmygalaxy.net will not be held responsible for any kind of damage occurred to your Huawei Ascend G620S while following this tutorial.Do it at your own risk. 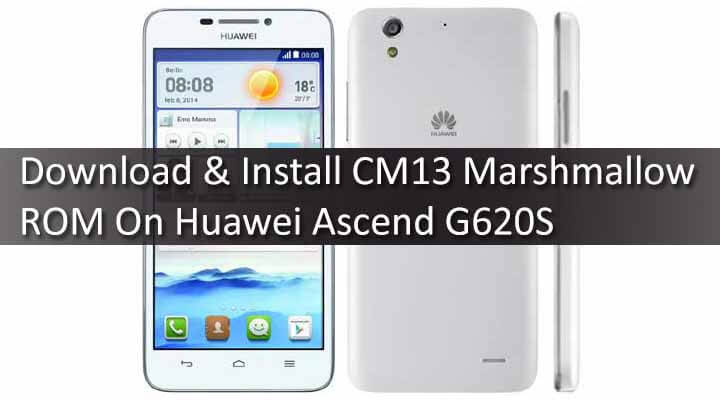