We have a dedicated CyanogenMod 14 page where you can find the right CM14 for your device.Now let’s talk about Grand Prime.We all know that Galaxy Grand Prime is not getting the Official Android Nougat 7.0 Update from the Korean manufacturer and the users have to install custom ROMs to get the latest android update on their devices and the great news is that Galaxy devices are very popular among developers and Galaxy Grand Prime G530H variant is no exception

Now the unofficial homemade CyanogenMod 14 makes its way to the Samsung Galaxy Grand Prime .The Unofficial ROM is shared by Xda Dev Zim555 , so very special thanks to him.The ROM is  it is in its beta stage so contains loads of bugs.This is the initial release of this unofficial CM14 ROM for the Galaxy Grand Prime and we are hoping in future update everything will be fixed

This ROM is an unofficial homemade ROM.It is not developed by Team CM but is based latest Android 7.0 Nougat.It is a very clean ROM close to Stock android with some extra useful features like previous CM ROMs.Remember, this ROM can’t be used as a daily driver.We will be sharing Full step by step guide to Flash / Install CM14 Nougat ROM On Galaxy Grand Prime (Unofficial )

Supported Devices: This guide is only for Galaxy Grand Prime G530H. So don’t try on other Devices

rootmygalaxy.net will not be held responsible for any kind of damage occurred to your Galaxy Grand Prime  while following this tutorial.Do it at your own risk. 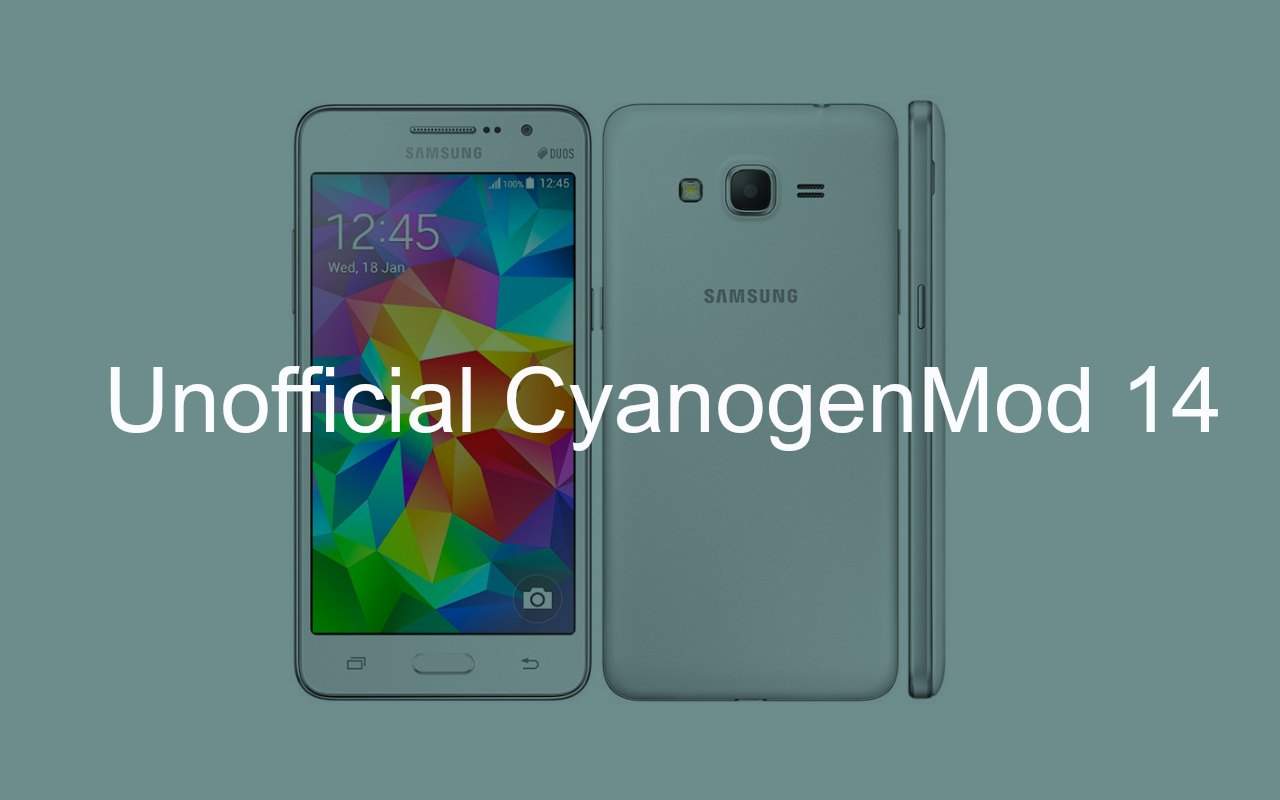