No variants of LG G3 is going to get the Android 7.0 Nougat update officially as it is 2 yrs old device now.That means LG G3 users no matter which carrier they are on have to install custom ROMs to get the latest android on LG G3.But the great news is that there is a Nougat ROM available for Verizon LG G3 called crDroid Nougat ROM.

This ROM is not developed by the Team CM as it is a homemade ROM.It is based latest Android 7.0 Nougat.It is a very clean ROM close to vanilla android with some extra useful features like previous CM ROMs.Remember, this ROM can’t be used as a daily driver.We will be sharing Full step by step guide to Update Verizon LG G3 VS985 to Android 7.0 Nougat crDroid ROM

Supported Devices: This guide is only for Verizon LG G3 VS985. So don’t try on other Devices

rootmygalaxy.net will not be held responsible for any kind of damage occurred to your Verizon LG G3 VS985 while following this tutorial.Do it at your own risk.

HOW TO UPDATE Verizon LG G3 VS985 TO ANDROID 7.0 NOUGAT CRDROID ROM 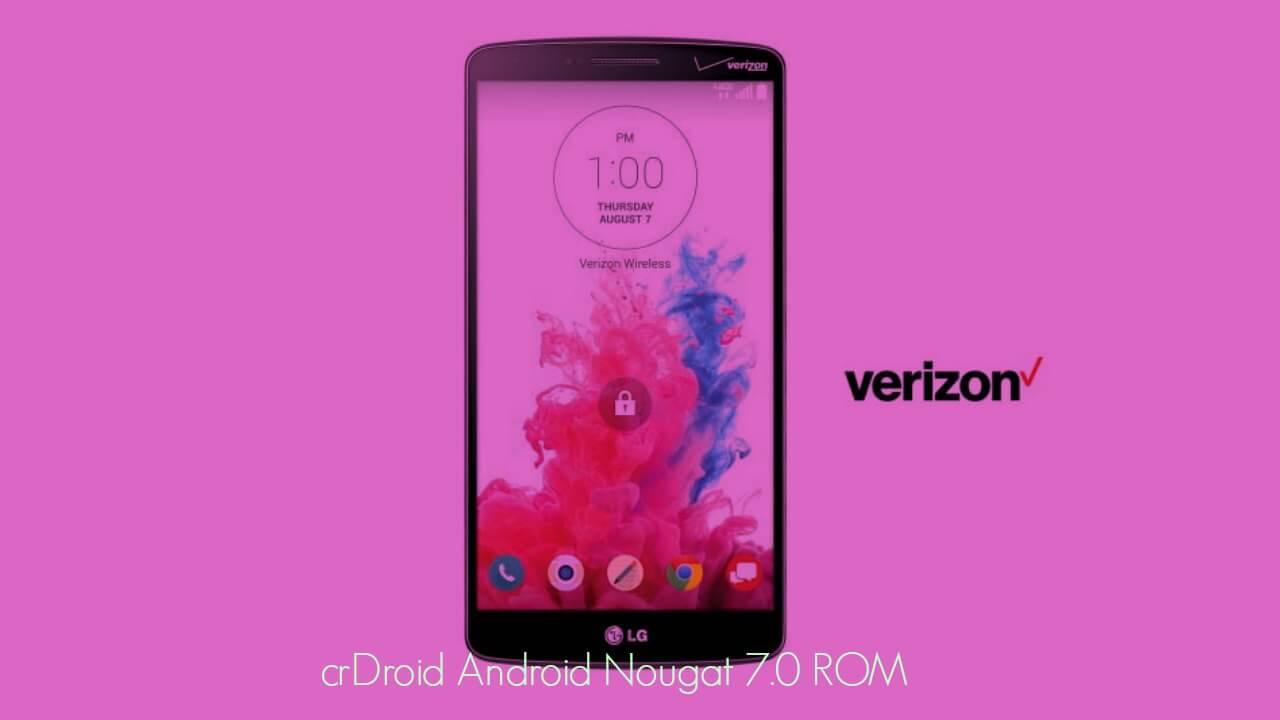