Home > News > Samsung rolled out May security patch update for Galaxy Fold in the US: F900U1UEU3BTDD

The Korean mobile giant Samsung has started seeding the May 2020 security patch update to Samsung Galaxy Fold users. The update is carrying the software version  F900U1UEU3BTDD

The update is currently being rolled out in the US via OTA (Over-the-air). All the interested Galaxy Fold users in the US can check for the OTA update manually via the device Settings – Software update – Download and install

The update is weighing in at 1.8 GB. The full changelog of the update is available and you can read it below. It is an incremental update, most of the critical security vulnerabilities have been fixed with the update. It also improves the performance and system stability of the device. 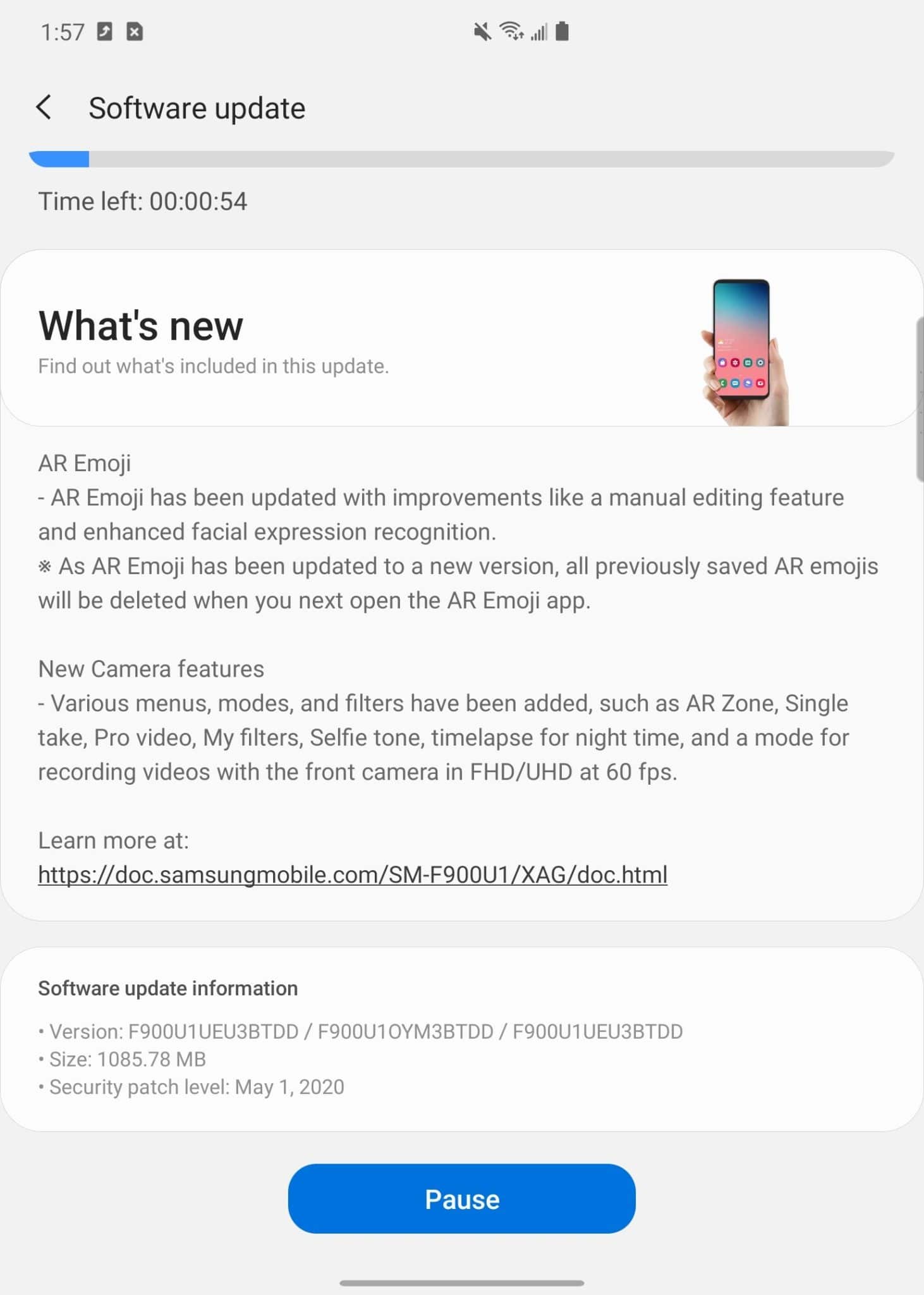 (As AR Emoji has been updated to a new version, all previously saved AR emojis will be deleted when you next open the AR Emoji app)