You may already know that Carbon OS used to be very popular with Android 4.4 but after KitKat, they stop making ROMs but now they are back with a bang and they have released Android 7.1.1 based Carbon ROM for some device, Sony Xperia Z5 and Z3 is very lucky to receive the update from CarbonOS.The latest carbon ROM is also released for several Google’s Phone.Check out our previous post [icon name=”hand-o-right” class=”” unprefixed_class=””] How To Install Android 7.1.1 Carbon ROM On GooglePixel/Nexus6P/Nexus6[icon name=”external-link” class=”” unprefixed_class=””]

RootMyGalaxy.net is not responsible for any hardware/software issues that occur to your device(s) by following this guide. We are certain that the following guide is carefully written, avoiding any mistakes on our side. If you are unsure of the causalities that may occur if the procedure goes wrong, then please don’t proceed

Before you begin with the tutorial, make sure that ‘USB Debugging‘ is enabled from Settings > Developer Options. 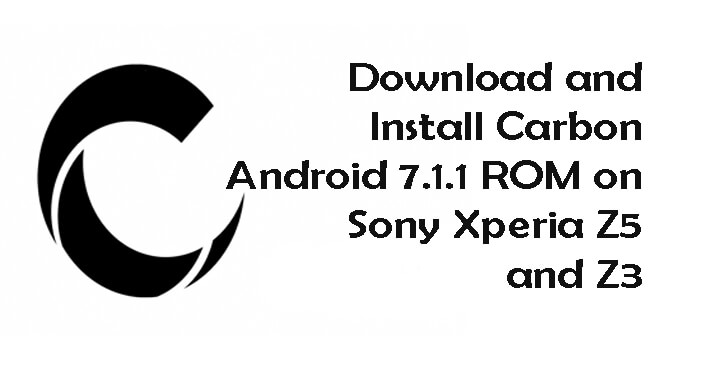 Note: First boot will take some time so you have to keep patience.

Well, That’s it you have successfully installed Android 7.1.1 based Carbon ROM on Sony Xperia Z5 and Z3.