Previously we have posted a guide to Install CM13 marshmallow ROM On Huawei Ascend G7.If you want the stock marshmallow firmware then this is really a great news for you guys.

This is an official Android 6.0 Marshmallow release for Huawei Ascend G7 Asian Specific model and it is very stable.Yes, you can use this as your daily driver.The update is now available via OTA, you can manually check for the update.Please follow the given steps to check for the update yourself.This is only for Asian specific region so if you have an Asian specific model of Ascend G7 then you are going to get this update.

The Android Marshmallow 6.0 (EMUI 4.0) Official Update for Ascend G7 comes with loads of extra features.You will also get the DOZE Mode with great battery optimization.This update comes with loads of bug fixes and security patches and the OTA Update is around 1.43GB in size.

rootmygalaxy.net will not be held responsible for any kind of damage occurred to your Huawei Ascend G7 while following this tutorial.Do it at your own risk. 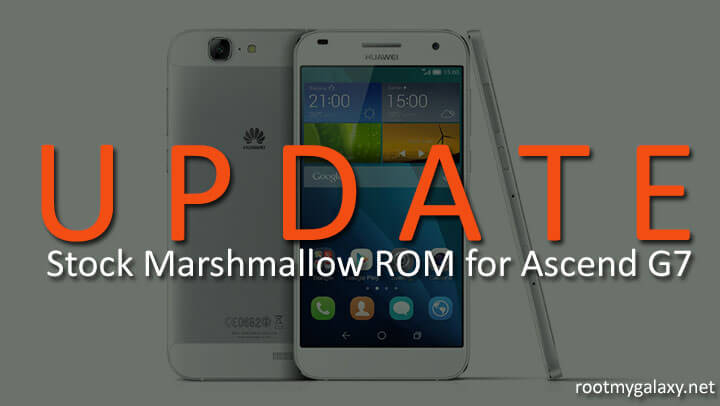 If you have any questions related to this post feel free to ask in the comment section.🙂

7 thoughts on “How to Manually Update Ascend G7 to Official Marshmallow 6.0”