Motorola Moto E7 has been spotted on the National Broadcasting and Telecommunications Commission (NBTC) website of Thailand. Previously the full specifications of the device were revealed by an online retail listing. 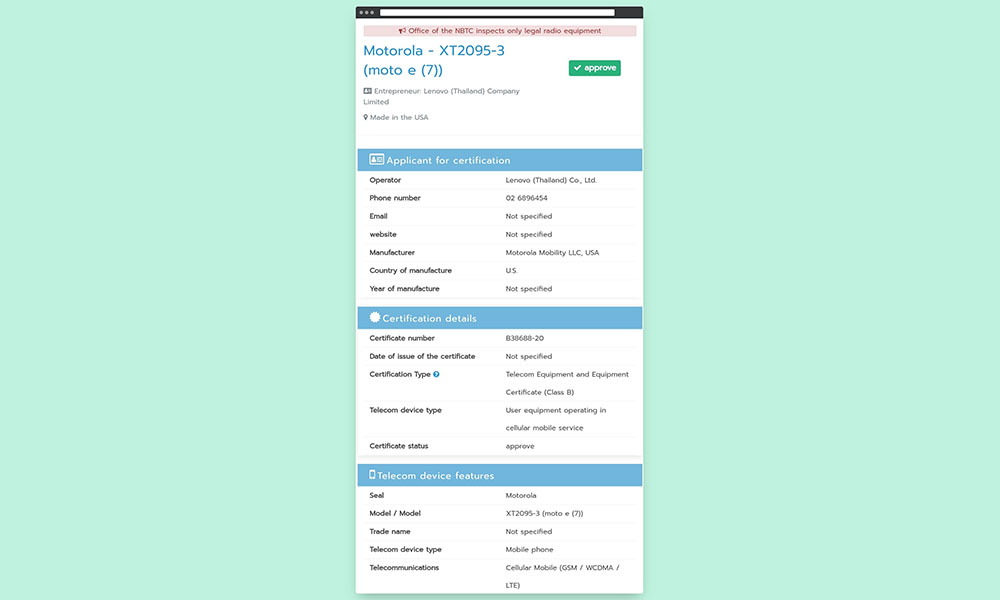 The Moto E7 will be featuring a 6.2-inch HD+ Max Vision display with a resolution of 720×1520 pixels and an aspect ratio of 19:9. The listing revealed that the device will be equipped with 2GB RAM and 32GB of internal storage, which can be further expanded up to 512GB via microSD card. It will feature a rear-mounted fingerprint reader

It will be driven by a 3550 mAh Lithium-ion battery. The phone will run Android 10 operating system. Now coming to the cameras, the device will sport a 13MP primary sensor and 2MP depth sensor on the rear side while the waterdrop notch will house a 5MP front camera. . We will also get an FHD (1920×1080) video recording resolution. The listing didn’t reveal anything about the CPU.