Samsung is gearing up to launch a new entry-level smartphone dubbed Galaxy A12. Today, the Galaxy A12 with model number SM-A12F has been spotted on NFC certification. It confirms the presence of NFC technology and does not reveal any more details. 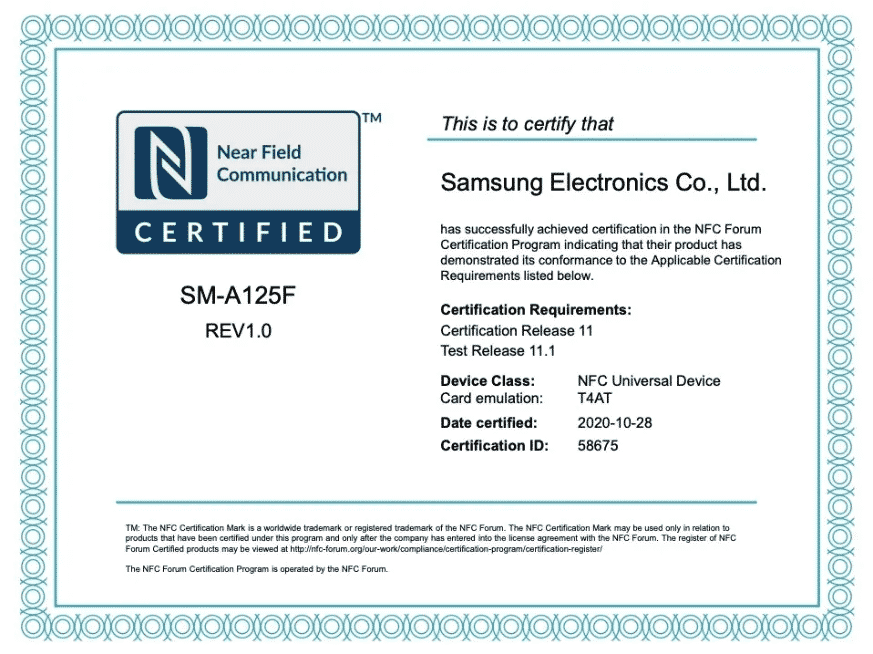 The Galaxy A12 obtained the NFC certification on October 28 but the certification made live on the website earlier today. Leaks surrounding the Galaxy A12 suggest that it will come with 64GB storage and will pack a triple camera setup on the rear side. Considering the smartphone to be entry-level, it is most likely to feature an LCD panel and a rear side fingerprint scanner.

Some reports point that the handset will arrive in Black, Red, and White colors. It will be a successor to the Galaxy A11 which is the most affordable Galaxy A-series smartphone. The Galaxy A11 did not come to India but the A12 will most probably come to India. Since the Galaxy A12 starts appearing on certification sites, we hope the launch date should not be too far from here.