In this guide, you will learn How To Unlock Bootloader Of Moto G Turbo Edition 2015 / Moto G 3rd Gen Turbo.The process is very simple and easy.We will be sharing full step by step guide with direct download links.

Motorola has released Moto G Turbo Edition In India and it is available in Flipkart.It comes with a 5 inch 720P HD screen.It is powered by a Qualcomm MSM8939 Snapdragon 615 octa-core processor coupled with 2GB Of RAM.It is running latest ON Android 6.0 Marshmallow.

If you have a Moto G Turbo Edition and you want to root it then you have to unlock the bootloader first.It is a simple and easy process.You need to have  a windows PC and have to issue a Fastboot command that’s it.

Why Should you Unlock Bootloader?

→ Remeber Before we begin backup your device because this may remove apps and data from your Moto G Turbo. So let’s begin with the tutorial of Unlock Bootloader Of Moto G Turbo Edition 2015

rootmygalaxy.net will not be held responsible for any kind of damage occurred to your Moto G Turbo Edition 2015 while following this tutorial.Do it at your own risk.

How To Unlock Bootloader Of Moto G Turbo Edition 2015 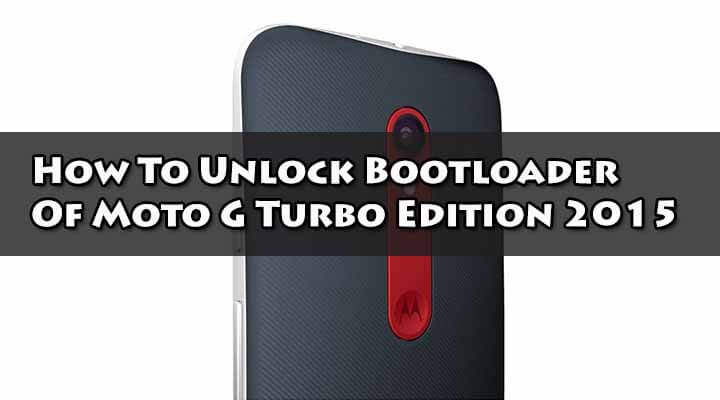 If you have any question related to this post feel free to leave that in the comment section.