Huawei is one of the few companies who try experimenting with new designs. A new Huawei patent has been surfaced online with a new Side-Touch camera interface.

This has been covered by Letsgodigital. Huawei has been working on the device from last year. The new design patent was submitted to CNIPA (China National Intellectual Property Administration) back in July 2019 and it was published today.

There are a total of 10 images with the patent which show the rumoured side-touch camera interface in detail. As per the images, there is a zoom control on the top portion of the side panel along with a dedicated HDR menu (assuming as there is an HDR icon present there). 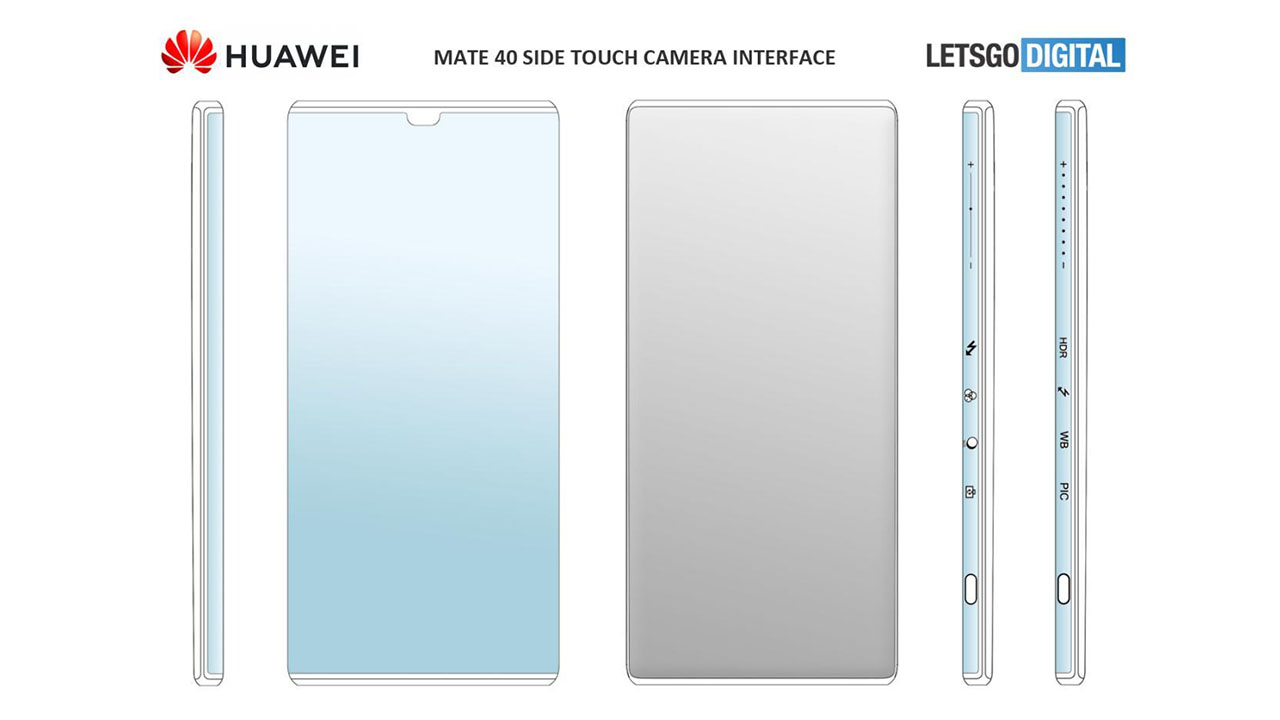 There are some rumours which suggested that the upcoming Huawei Mate 40 Pro may come with this side-touch camera interface as last year Huawei replaced the physical volume buttons with the virtual volume controls on the side of the curved display in Huawei Mate 30 Pro. So this is very much possible.

Now coming to the Huawei Mate 40 Pro, according to some sources, it could be launched in October with 5nm Kirin 1000 chipset and a new more capable camera module.