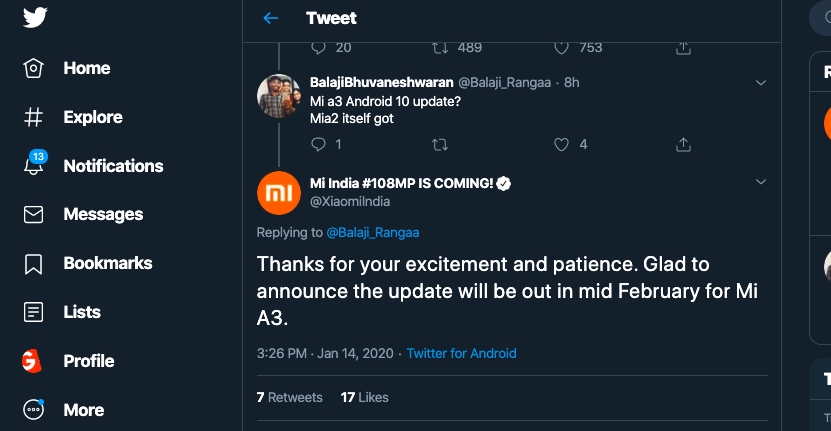 Xiaomi Mi A3 is the successor of Xiaomi A2. The Xiaomi Mi A3 comes equipped with a large 6.0.8-inch touchscreen AMOLED display with a resolution of 720×1560 pixels. It is powered by an octa-core Snapdragon 665 processor coupled with 4GB/6GB of RAM and 64GB/128GB of internal storage.

The Xiaomi Mi A3 runs Android 9 Pie out of the box. It houses a 4030 mAh non-removable battery and supports Quick Charge fast charging (18W). It sports  3 rear cameras consisting of a 48-megapixel primary sensor, an 8-megapixel ultra-wide angle sensor and a 2-megapixel depth sensor. It sports a 32 MP front camera. The device has an under-screen fingerprint scanner.