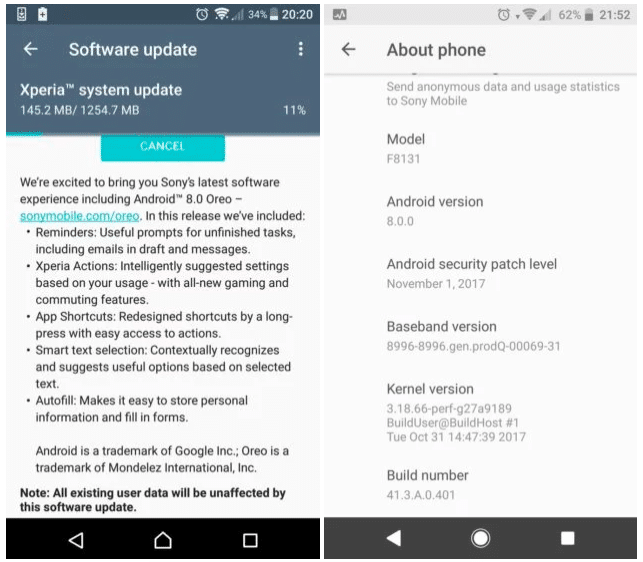 This update has been rolled out Over the air and you will get an OTA update received notification very soon. Make sure to install this update on your Xperia X Performance as soon as possible.