In this guide, you will learn How to Download and Install Official CM 14.1 on Nexus 6 (Android 7.1 / CyanogenMod 14.1): The Motorola made Nexus 6 was definitely one of the most anticipated devices of 2014, and it rocked the stages for the better part of 2016, until its successor, the Nexus 6P rolled in. However, many people still complaint that the Nexus 6 wasn’t really the best smartphone out, thanks to its awkward build and bad camera. This, however didn’t mean that the device was any slower than the competition.

However, as we know, not ever smartphone OEM is perfect. The only bad thing with the now-dead Nexus lineup is the simplicity in their software. While you might say that they run Android 7.1 Nougat, which is the latest version out right now, it is no denying to the fact that Google’s stock Android has always been too boring, without any new exciting features to spice things up. Well, the Nexus 6 suffers from just that!

Very recently, Cyanogen announced the debut of their newest build of ROMs – CyanogenMod 14.1. CM 14.1 is built off of Android Nougat 7.1, which is even more newer than most of the official firmwares out there. Good for you, many devices have received the CM 14.1 official update, and the Nexus 6 is one of them!
Since this is an official nightly build, you will be getting OTAs every single day, however, we cannot promise that this ROM is a 100% stable. Cyanogen has itself mentioned that many new features are yet to come, but for the most part, they have eliminated almost all the bugs, so this ROM should be pretty stable for a daily driver. In this in-depth guide, we will be learning  How to Download and Install Official CM 14.1 on Nexus 6.
[symple_box color=”gray” fade_in=”false” float=”center” text_align=”left” width=””]Check Out This [icon name=”hand-o-right” class=”” unprefixed_class=””] List Of Best Android Nougat ROMs For Nexus 6 [/symple_box]

Supported Devices: This guide is only for the Nexus 6. Flashing it on any other device of other model will brick it. 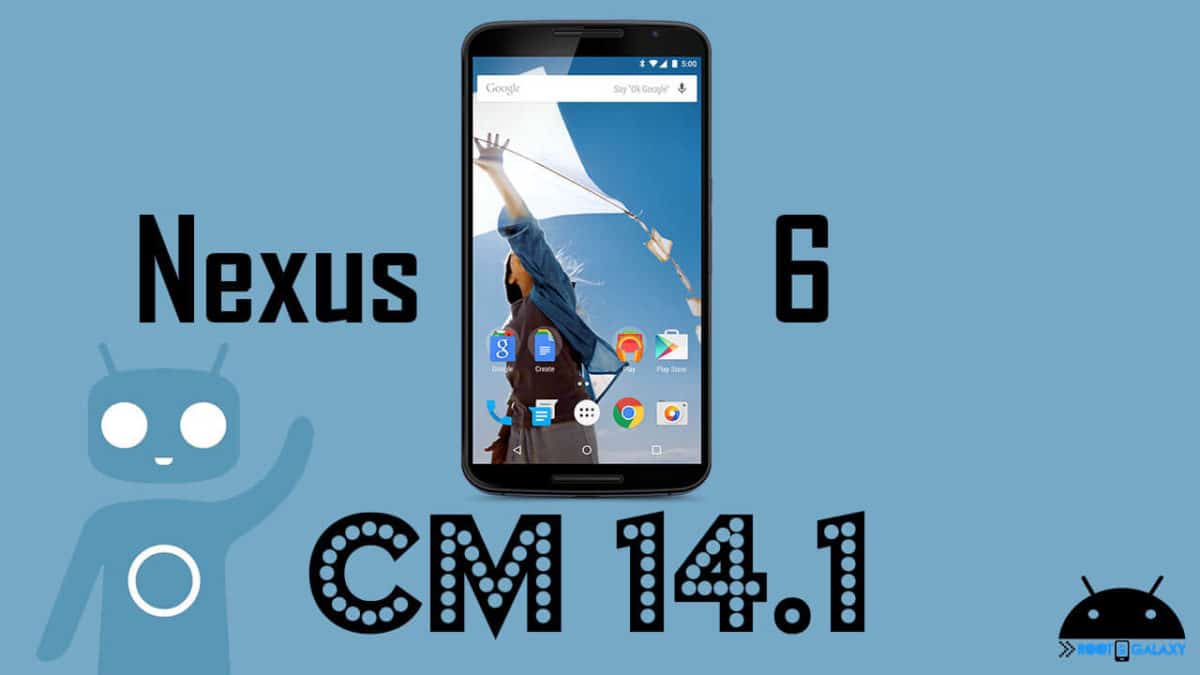 Good going! You’ve now learnt How to Download and Install Official CM 14.1 on Nexus 6. If you have any queries, feel free to hit us down in the comments section below. Also, we would love to hear what’s your favorite feature in the newest build on CyanogenMod 14.1 built off of Android 7.1 Nougat!