In this guide, you will be able to learn How to Download and Install Official CM 14.1 on HTC A9 (Android 7.1 Nougat): The HTC A9 was a hit or a miss smartphone by HTC this year. Imitated highly from Apple’s iPhone design, the HTC A9 had many mixed reviews, some people loved it while many criticized it. Therefore, none can be said about the upcoming Nougat update for the device.

While we’re sure it will eventually roll out for the HTC A9, nothing can be said too seriously about the Taiwanese company. The thing with HTC is the lack of software and security updates. While HTC’s Sense UI might be beloved by some, the lack of new updates just makes it really slow and sluggish.

Very recently, Cyanogen announced the debut of their newest build of ROMs – CyanogenMod 14.1. CM 14.1 is built off of Android Nougat 7.1, which is even more newer than most of the official firmwares out there. Good for you, many devices have received the CM 14.1 official update, and the HTC A9 is one of them!
Since this is an official nightly build, you will be getting OTAs every single day, however, we cannot promise that this ROM is a 100% stable. Cyanogen has itself mentioned that many new features are yet to come, but for the most part, they have eliminated almost all the bugs, so this ROM should be pretty stable for a daily driver. In this in-depth guide, we will be learning  How to Download and Install Official CM 14.1 on HTC A9.

Supported Devices: This guide is only for the HTC A9. Flashing it on any other device of other model will brick it. 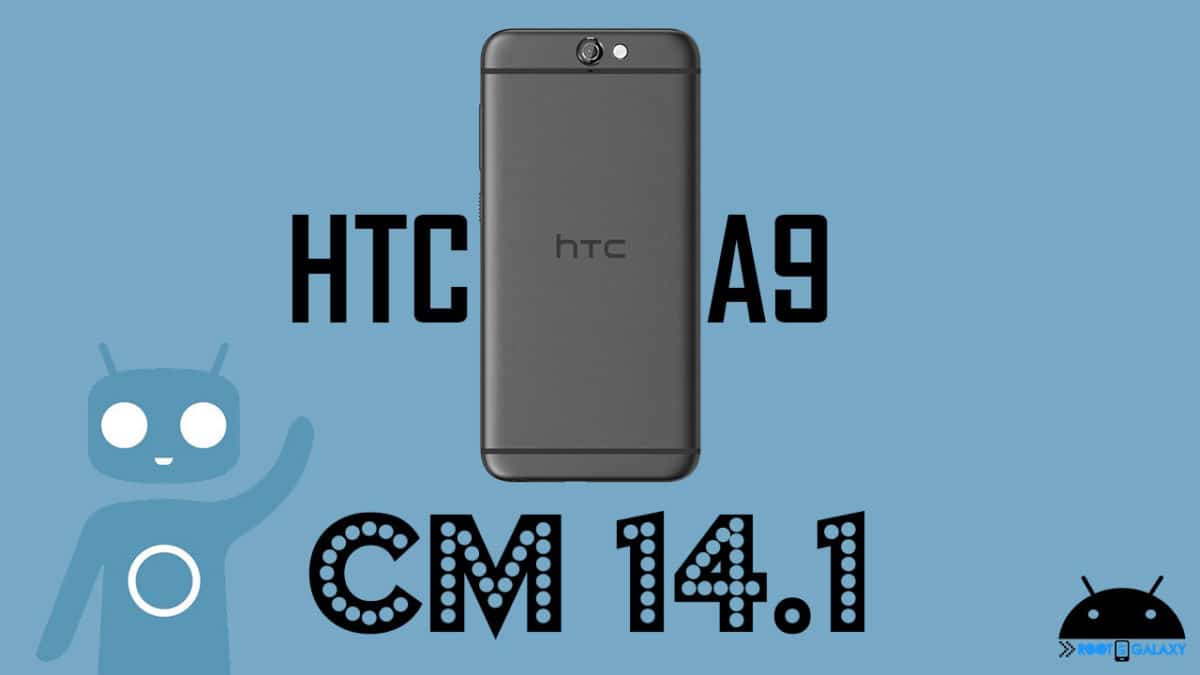 Good going! You’ve now learnt How to Download and Install Official CM 14.1 on HTC A9. If you have any queries, feel free to hit us down in the comments section below. Also, we would love to hear what’s your favorite feature in the newest build on CyanogenMod 14.1 built off of Android 7.1 Nougat!

Lastly, you can refer to this article to find out which devices have gotten the official CM 14.1 update till now  Official CyanogenMod 14.1 Nightly Released (Download)
TwitterFacebookWhatsAppPinterestPocketRedditTelegram

How to Download and Install Official CM 14.1 on HTC One M8