Nexus 5 is probably the most popular Nexus device.there are many users who are using this device as their daily driver.We still have one in our office.If you are among them then this is one of the best news for you.We knew google has released many stock Marshmallow updates for Nexus 5 but CM13 is better in my opinion because you get the same stock look and feel but with some added useful features.So if you want to install this ROM the just follow the guide below to Flash / Install Official CM13 for Nexus 5 Android Marshmallow

This CM13 ROM is an official ROM and developed by Team CM, so it is safe to use.Remember this is a nightly build so you will receive updates every day.You can use this one as your daily driver.

rootmygalaxy.net will not be held responsible for any kind of damage occurred to your Nexus 5 while following this tutorial.Do it at your own risk.

1.Make sure you have an Unlocked bootloader on Your Nexus 5.For Help Follow this Guide–>>Unlock the Bootloader Of Nexus 5(same for every nexus running Marshmallow)

2.Your device must have a custom recovery (TWRP) to install CM13 ROM in it.

How to Download Official CM13 for Nexus 5 Android Marshmallow 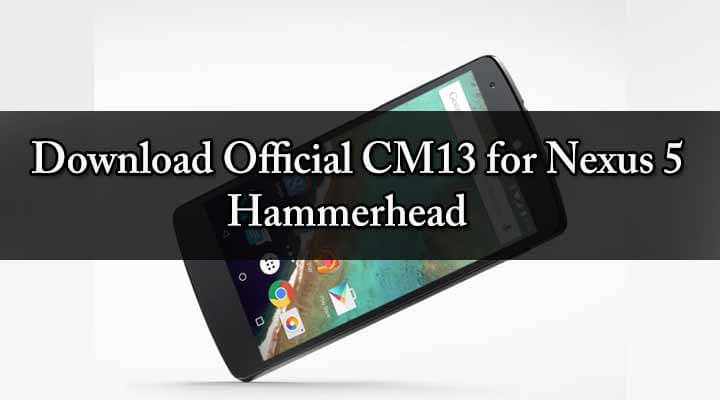