Update: Now TW 2.31.709.1 OTA link is added: HTC U11 is now getting TW 2.31.709.1 Android 8.0 Oreo official Update In Taiwan: We have known that the latest version of Android which is Android 8.0 Oreo has been released by Google earlier this year and the update has already been available to the Google Pixel and Nexus devices that were enrolled in the Beta update and the regular updates have also been released. Now, we have also seen that many smartphones like the Samsung Galaxy S8, the Essential PH-1 and the OnePlus 3 and 3T are starting to receive the Android 8.0 Oreo update in a Beta form which is long overdue and thus, the other smartphone manufacturers are also trying to catch up.

The latest smartphone to receive the Android 8.0 Oreo update is the HTC U11. This smartphone was released by HTC in the middle part of this year and it was then the flagship smartphone from the company. However, later the company decided to release HTC U11 Plus which is now the flagship smartphone of the company. Talking about the HTC U11 and its Android 8.0 Oreo update, the build number for this update will be 2.31.709.1 for Taiwanese U11 users and it is not known whether the same update will roll out to the users in other countries also.

Now, it is worth noting that with the release of this update, HTC becomes the first OEM to release the stable Android 8.0 Oreo update to any of its device around the world. This update will bring all the features and improvements that have been rolled out by Google with the latest version of Android which is Android 8.0 Oreo. Also, the update is expected to bring the October or the November security patch which will also bring many improvements in security of the smartphone. Now, if you are in Taiwan and own an HTC U11 then keep an eye out on your notification panel to see if the update has already reached your smartphone. 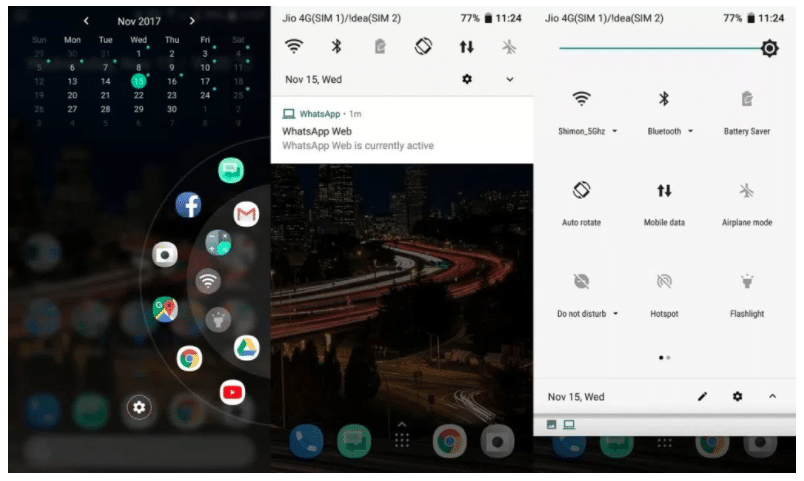 Note: Images used in this post are not owned by us, these are properties of respective owner.