As I mentioned in previous posts, this is not a Major Update.The Update is more focused on Security issues and stability.The OTA update is big.It is around 566 MB.Below we are sharing direct download link with step by step installation guide

This Android 6.0.1 Marshmallow Update will be available Via OTA.But only unrooted and users with locked bootloader will receive the notification.If you are a rooted user then you have to Flash the Factory Image manually.Don’t worry we will be sharing Full step by step guide to Install Android 6.0.1 MMB29K On Nexus 5 Marshmallow Official Factory Image.

rootmygalaxy.net will not be held responsible for any kind of damage occurred to your Nexus 5 Codename Hammerhead while following this tutorial.Do it at your own risk.

->This guide is only For Nexus 5 Codename Hammerhead with an Unlocked bootloader.So don’t try on other devices 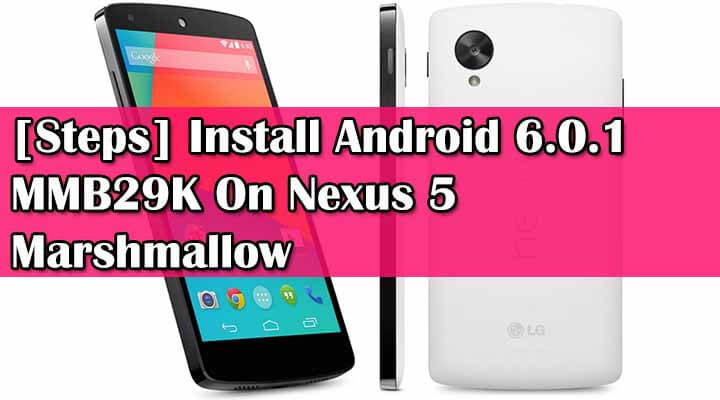 Step 1. Download Android 6.0.1 Factory Image on the desktop of your PC for Nexus 5 from the above download section

Step 5.After that, Disconnect your Nexus device from PC if it’s connected.

DONE!!!. Once all files installed, your Nexus 5 will have the MMB29K build running.