The LG5 is the latest Flagship phone from LG for 2016.It is the successor to the LG G4.It comes with a new all metal body and a modular design.The device is powered by a quad-core Snapdragon 820 processor coupled with 4Gb of RAM.It sports a 16 MP rear camera.It has a 5.3-inch quad-HD screen and a micro SD card slot for memory expansion.

If you want to root your device or want to install custom ROMs then unlocking the Bootloader Of any android device is the first thing to do.You can Flash modified system, boot, kernel, custom recovery(TWRP/CWM) or other .img files on your device.

rootmygalaxy.net will not be held responsible for any kind of damage occurred to your LG G5 H850 while following this tutorial.Do it at your own risk.

How To Unlock Bootloader On European LG G5 (H850) 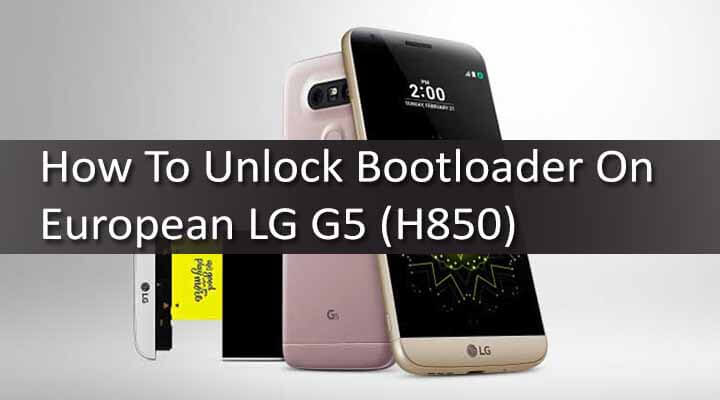 This command will return a string.(this is the Device ID will be used to the generate unique bootloader unlock key for your device).Check the below example