OnePlus 5 Android 8.0 Oreo beta update has been leaked and available for download (OxygenOS 4.5.2).OnePlus is the major talking point in the smartphone industry right now which is partly due to the company’s strategy of hyping up the release of their flagship smartphones, holding some contests around their phone and delivering awesome products with flagship specifications at a budget-friendly price. However, the company has been criticized for making the price of their products a little steeper which is close to the price of smartphone from HTC, LG, Samung and others. OnePlus releases two flagship smartphones every year which was the trend started by the company last year as the company launched the OnePlus 3 in the middle of last year and launched the OnePlus 3T at the end of last year.

Now, the company is expected to do the same again as the OnePlus 5 was launched in the middle of this year. Now, there are rumors that the company is about to launch the OnePlus 5T, the name of the smartphone has also been confirmed on their social media accounts by OnePlus itself which means that the smartphone is coming. Now, the OnePlus 5 was launched with Android 7.1.2 Nougat which was the latest Android update at that time but soon after the launch of OnePlus 5, Google released the latest version of Android which is Android 8.0 Oreo.

Now, the users of OnePlus 5 were waiting to get the Oreo update for their smartphones from a long time which is expected as it is the flagship smartphone from OnePlus for this year and it should get the latest update first. However, the company launched the Android Oreo beta program for the OnePlus 3 and 3T first which took everyone by surprise. However, now a leaked beta build of Android Oreo has been circulating online which is from OnePlus who has started beta testing this update in a closed group but this has been made public now. 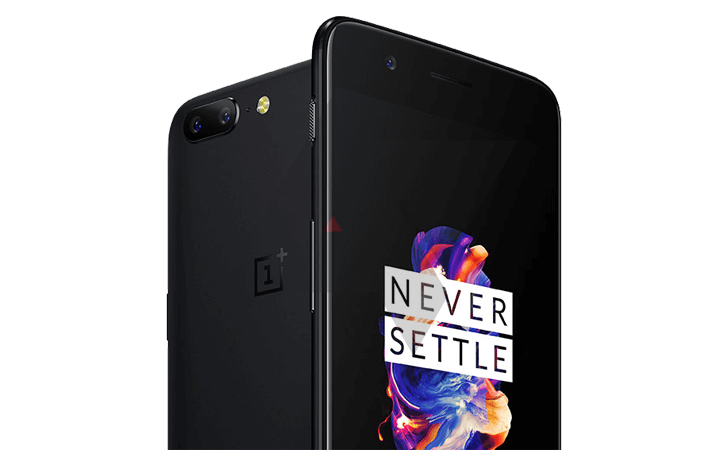 2) Download ADB and fastboot driver for windows or ADB and Fastboot for Mac and install it on your PC.

3) Download the Leaked Android 8.0 Oreo Firmware Update for OnePlus 5 from above Copy ROM to a folder where adb installed.

4) Now Turn Off your phone and boot into recovery mode.

6) Now Connect your phone to Laptop/PC

8) Now check your connection by typing the below command

if your device is listed, you’re ready to flash the ROM

10) Now wait until the process completely and then Reboot the phone.Done!

1) Download Leaked Android 8.0 Oreo Firmware Update OTA zip file from above and save it on your internal phone memory.

4) Now your device will reboot into stock recovery and flash the OTA.

5) The installer will flash the OTA itself and reboot the device.Done!!!

1) First Unlock your device bootloader and Install TWRP on your Device. Skip this step if already installed TWRP.

2) Reboot your device into Recovery mode and create a Nandroid backup (Recommended) of your device for safer side, if anything goes wrong.

3) Now wipe your cache files by Goto Wipe>Advanced Wipe>Select Wipe cache and Dalvik cache and swipe to confirm it.

4) Now, Go to Install and locate the Oreo firmware (leaked) & swipe to Install the ROM file

5) Now Flash the Magisk Or SuperSU again to maintain the root (Optional).

Let us know your feedback on Leaked Android 8.0 Oreo Firmware Update  for OnePlus 5 in the comment section below.