We already have provided all the required download links for drivers, tools, and firmware also along with installation steps guide for your ease. This guide will be helpful if you brick your device somehow. So do read and follow the steps as given.

The Galaxy M31s is the sucecesor to the very popular Galaxy M31. The device comes flaunting a 6.5-inch AMOLED display with a hole-punch to the centre at the top to house the front camera. Poweing the device is the Exynos 9611 SoC backed up by 6GB of RAM and  128GB internal storage that is non-expandable.

The entire phone is made out of “Glasstic” which is nothing but frosted plastic. The M31s has a quad-camera setup (64+12+5+5MP) on the rear side. There is a 32MP front camera sensor inside the front pouch hole cut out.

The Galaxy M31s comes out of the box with Samsung’s OneUI 2.1 that runs over Android 10. It has a massive 6000 mAh battery and comes with a 25W fast charger in the box.

RootMyGalaxy.net is not responsible for any damage happened to your device(s) while following this guide so please proceed at your own risk. However, if you have any queries or issues, you can reach us by commenting. 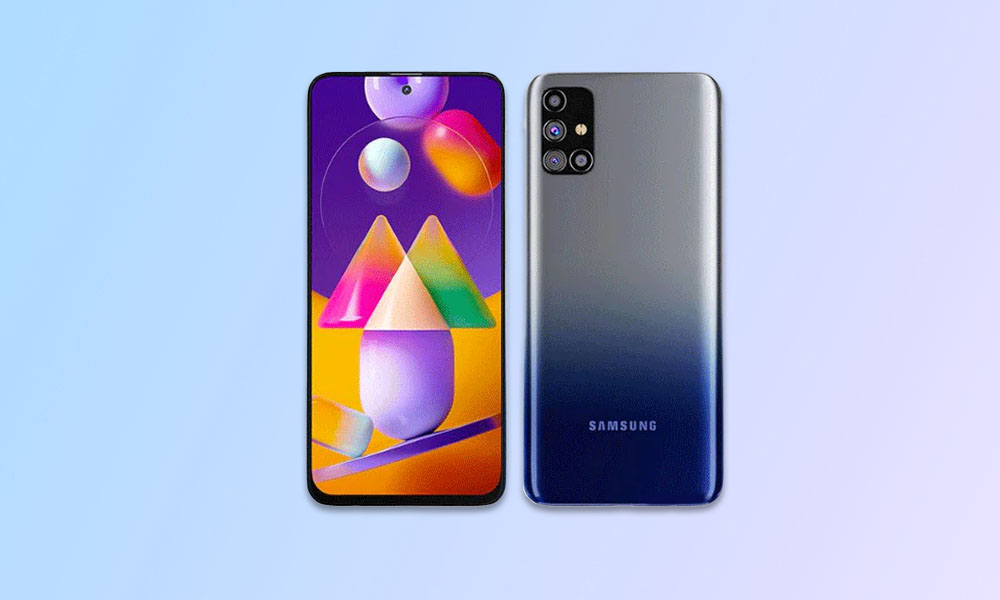 How to Install Samsung Stock ROM via Odin Tool

Hope this guide is helpful to you and you have successfully installed the Stock Firmware on your Galaxy M31s device. Feel free to ask in the comments below if you have any queries.