In this guide, you will be able to learn How to Download and Install Official CM 14.1 on OnePlus 3 (CyanogenMod 14.1 / Android 7.1 Nougat):The OnePlus 3 undoubtedly is the company’s best offering till date, and it has stepped into a fight with the more serious flagships like the ones from Samsung, HTC, Apple, and Google. However, what differentiates the OnePlus 3 from the others is just the stupidly affordable price tag. When compared to the $600, $700, or even $1000 price tags of its competitors, the OnePlus 3 is the best flagship out there.

However, as we know, not every smartphone OEM is perfect. The field where OnePlus lags behind is its inconsistent and slow updates. It has already been months since Android Nougat has officially been announced, and even phones like the Moto G4 Plus have received their official updates, while the OnePlus 3 is still struggling hard to get its update. However, we have something that might interest you a lot.

Very recently, Cyanogen announced the debut of their newest build of ROMs – CyanogenMod 14.1. CM 14.1 is built off of Android Nougat 7.1, which is even more newer than most of the official firmwares out there. Good for you, many devices have received the CM 14.1 official update, and the OnePlus 3 is one of them!

Since this is an official nightly build, you will be getting OTAs every single day, however, we cannot promise that this ROM is a 100% stable. Cyanogen has itself mentioned that many new features are yet to come, but for the most part, they have eliminated almost all the bugs, so this ROM should be pretty stable for a daily driver. In this in-depth guide, we will be learning  How to Download and Install Official CM 14.1 on OnePlus 3.

Supported Devices: This guide is only for the OnePlus 3. Flashing it on any other device of other model will brick it. 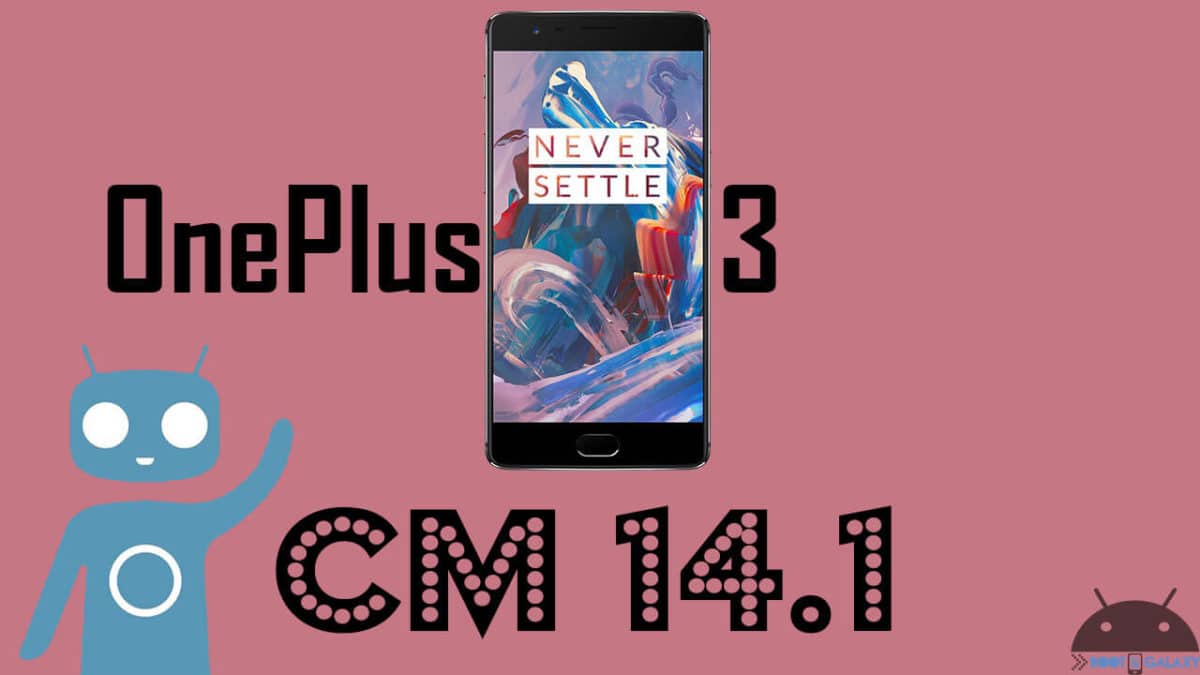 Good going! You’ve now learnt How to Download and Install Official CM 14.1 on OnePlus 3. If you have any queries, feel free to hit us down in the comments section below. Also, we would love to hear what’s your favorite feature in the newest build of CyanogenMod 14.1 built off of Android 7.1 Nougat!

How to Download and Install Official CM 14.1 On Samsung Galaxy S5

How to Download and Install Official CM 14.1 On Nexus 5X