After the original Galaxy Tab S now the unofficial Android 7.0 Nougat Update is available for Galaxy Tab S2 Wifi and LTE version.The Google Nexus 5, Nexus 4 and Oneplus One have already received the unofficial AOSP Nougat 7.0 ROM, but for a tablet, this is a great news.If you own a Galaxy tab S2 (Wifi or LTE) and want to try out latest Android 7.0 Nougat, then you should try out this Custom AOSP ROM

Special thanks to  XDA Senior Member RaymanFX for sharing the beta build of Android 7.0 AOSP ROM for Samsung Galaxy Tab S2 (Wifi or LTE).Remember, the ROM is in its initial stage so there are many bugs.This ROM can’t be used as daily driver.But in coming days the dev will fix all the bugs.But if you want to try out this ROM, follow the given steps carefully to Download and Install AOSP Android 7.0 Nougat ROM On Galaxy Tab S2 Wifi and LTE 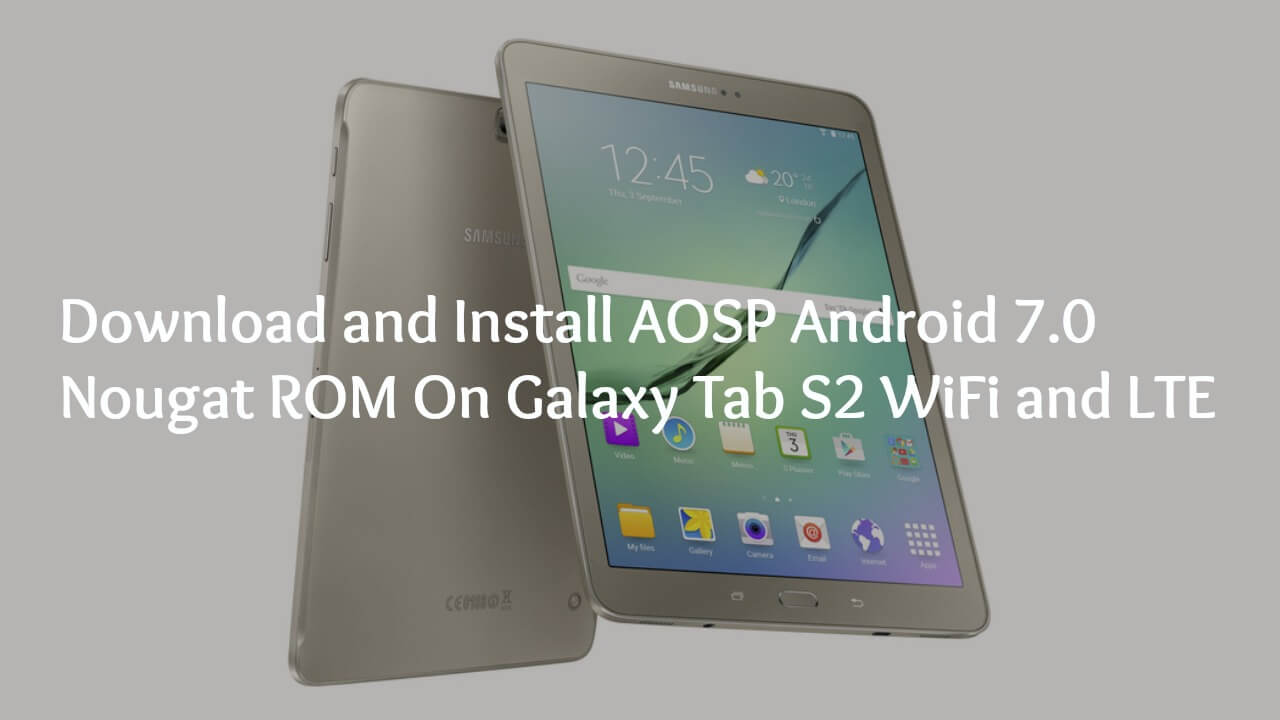