Now you can Install Lineage OS 16 On Samsung Galaxy J5 2017  | Android 9.0 Pie. Thanks to uploader bluedogerino, the unofficial build of Lineage OS 16 is now available for the device. Users can flash Lineage OS 16 build directly via TWRP recovery. 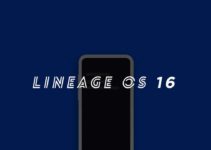