In this guide, you will learn How To Safely Root Remix OS.Here we will be using Ubuntu guide to get root access on Remix OS.It is a very simple, safe and easy process.So just follow the given steps carefully.

If you don’t know, Remix OS is not an emulator, it is a fully working OS running on the android lollipop.It is probably the most successful Android OS for computers having many features.Remix OS is the Mixture of android and ChromeOS.It offers Android a taskbar, start menu, and an excellent window management system.If you want to install Remix OS On your Windows PC / Laptop then Follow the Guide > How To Download & Install Remix OS 2.0 On Your PC or Laptop

Now there is another good news for all the Remix OS users.You guys now can root Remix OS via Ubuntu Guide.DroidTwe4kz, Senior Member over Xda posted an article on How to Root Remix OS using Ubuntu On Xda Forums.Our article is based on his Guide.

There is an alternative available to Remix OS called Phoenix OS.Guide↓

Before following this guide, make sure you must install Ubuntu OS and Remix OS on your HDD not on Pendrive. 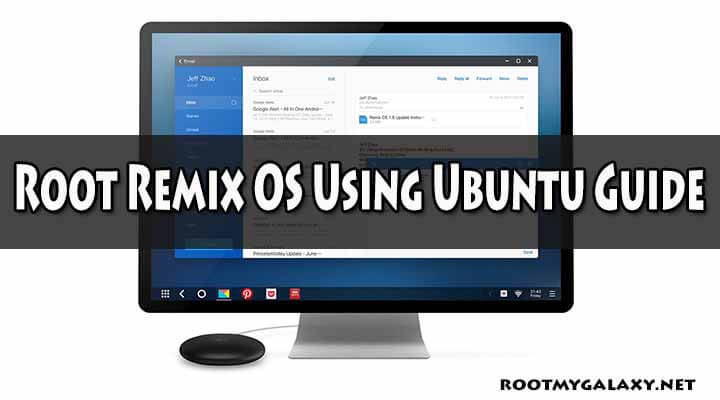 If you have any question related to this guide, feel free to leave that in the comment section