Good news for all the users of Moto X-Force as the new Android update is now rolling out. The update is an Official Nougat is rolling out via OTA in phase wise manner.You can manually check whether the update is available in your region or not. To check the update Go to Settings –> About Phone Section –> Software Update. Many users reported that they still not received the OTA update, so we are providing the Nougat OTA file for Moto X Force with that you can manually install Android 7.0 Nougat on Moto X Force. Update Moto X Force to Android Nougat

Already many smartphone users are tasting the sweetness of Android Nougat with includes OnePlus 3, OnePlus 3T, Htc One M9, LG G5, Samsung Galaxy S7 Edge, Moto G4 Plus, Huawei Mate 8, and many more devices. This sweet update is loaded with many bug fixes, Performance improvements and the pack of Android Nougat features like Multi-Window Mode, Improved Notifications, Doze, Seamless update, Vulkan API, Settings UI and much more. Below you can download the Android Nougat Update and install it. Update Moto X Force to Android Nougat

If your device is rooted or you have installed any custom ROM then you might not receive OTA update. But you can install it manually by downloading OTA zip file. Of course, this update is based on Android 7.0 Nougat version, but the latest version is but at least this is Android 7.1.1 and Android 7.1.2 is on its way, but something is better than nothing. 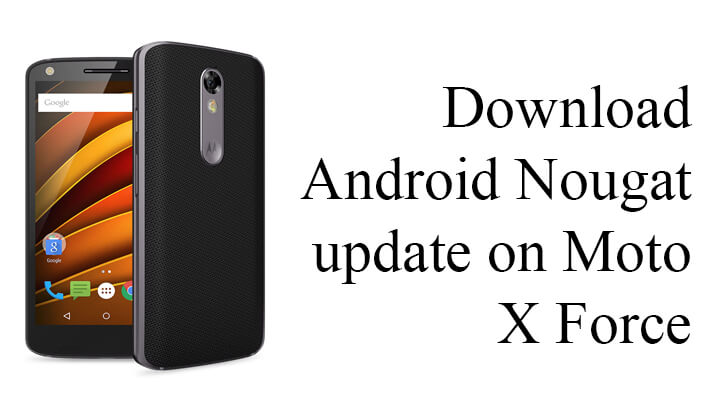 If you have updated your device to Nougat, then let us know your feedback in the comment section below.