In this article, you will have a look on the Best Custom ROMs For Google Nexus 6P (Android 7.0 /7.1 Nougat and Android 8.0/8.1 Oreo): The Huawei-made Nexus 6P was, unfortunately, the last ever Nexus phone to exist, crushed by its successor, the Pixel and the Pixel XL. However, something that we all can be happy about is the fact that the Nexus branding went down in history with a good name. The  Nexus 6P was, and still is one of the smoothest and fastest Android devices to date and the reason why many people love it is that of its constant updates directly from Google.

In any case, if you feel that your Nexus 6P has much of Stock Android elements, and lacks a few customizability options like the ones that come with Custom ROMs like CyanogenMod and OmniROM? Well, this is the reason why we were able to create this short article, listing down some of the best Custom ROMs for the Nexus 6P. Do note that this requires root access, an unlocked bootloader, and a custom recovery like TWRP.

The Nexus 6P is a really popular device when it comes to development, and with top-notch specifications that it holds, there is no denying that custom ROMs are the way to go on this device. Let’s have a look on some of the Best Custom ROMs For Google Nexus 6P. 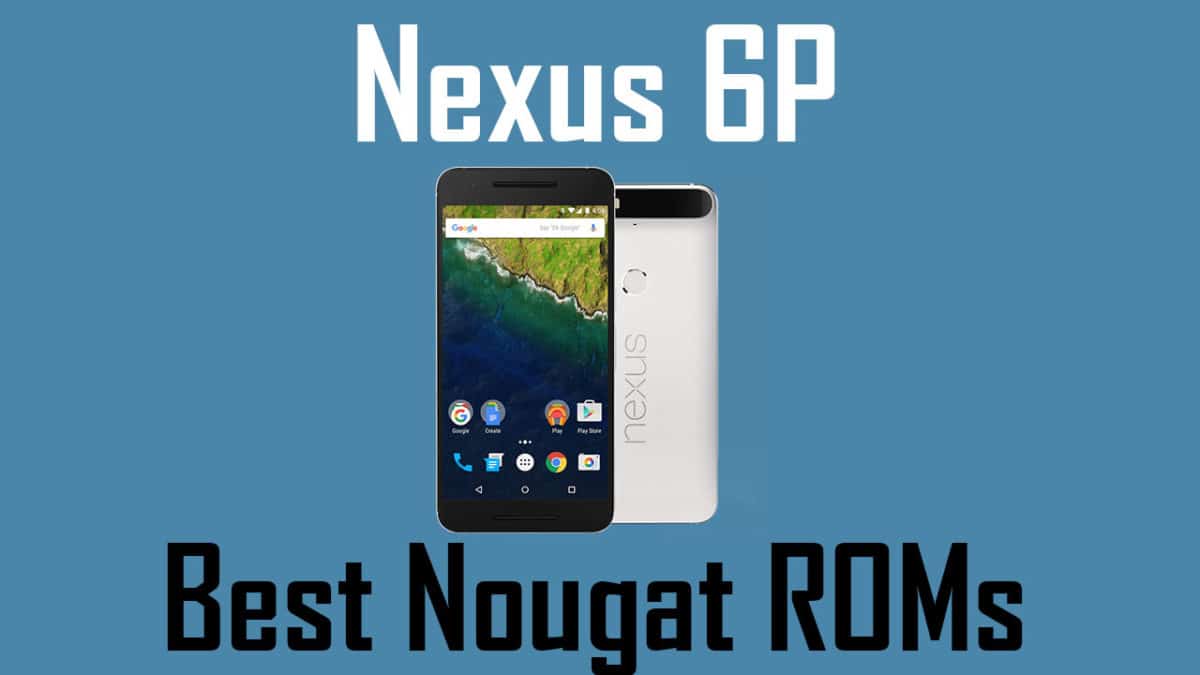