Samsung Galaxy Note 3 was released in September 2013 which makes it a 5 years old device now. The device was the flagship of Samsung. The Galaxy Note 3 comes equipped with a large 5.7-inches display 1080P resolution. It is powered by Qualcomm Snapdragon 800 CPU coupled with 3GB of RAM and16/32/64GB internal memory. It sports 13MP rear and 2MP front shooting camera. The phone comes with Android 4.3 Jelly Bean out of the box. It houses a removable Li-Ion 3200 mAh battery.

The Android 9.0 Pie is the latest version of the Google labs. With the release of new Android 9.0 Pie, the parallel thing that happens is the development of the Custom ROM which essentially acts as a wrapper to the underlying Android version. The Official Lineage OS 16 on Samsung Galaxy Note 3 based on Android 9.0 Pie is packed with new Wallpaper Themes, Digital Wellbeing, Redesigned Power Menu, Adaptive battery, Gesture-based navigation, Slices and Adaptive brightness. Follow the below step by step guide to install Lineage OS 16 on Samsung Galaxy Note 3 (Android 9.0 Pie). 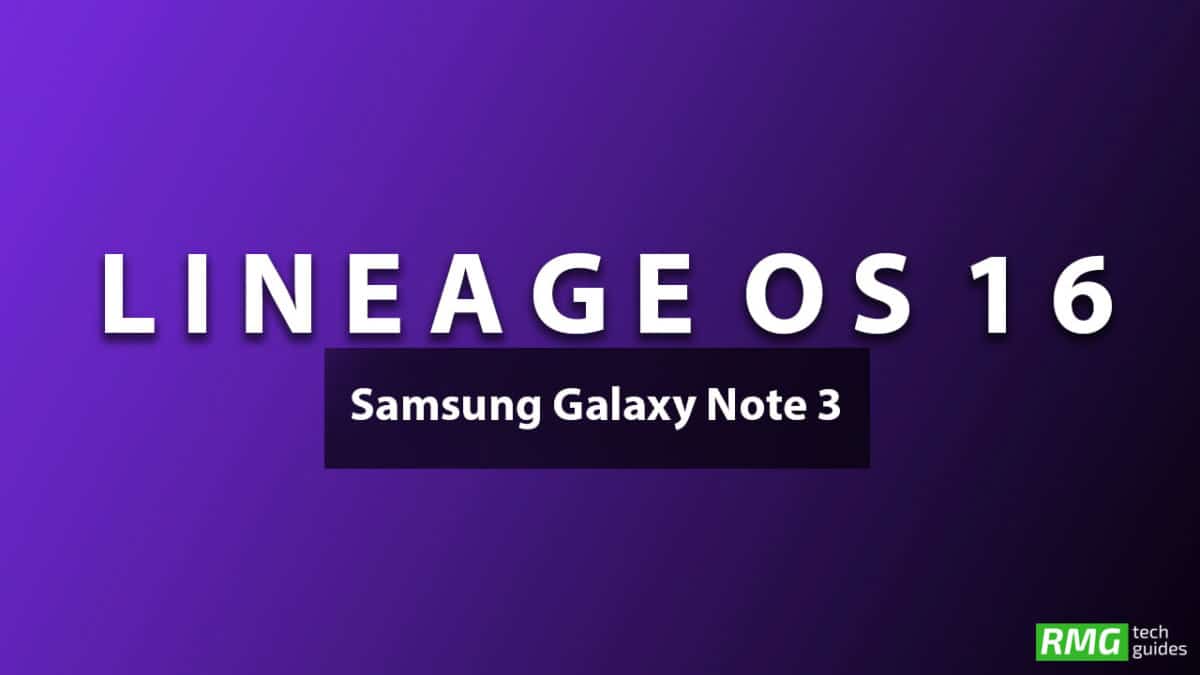