The iCall 6S Plus is powered by a MediaTek CPU. It is a very mid-range CPU. The available stock firmware is for MediaTek MT6580. The firmware is large in size so we recommend having a stable wifi while downloading the firmware. This ROM can be flashed using SP Flash Tool. The Official stock firmware file version name is  HS021_YHSM_S70_ICALL_MCP64_8_G4_W1_HD720_T0_V0.6_160516 – full_hexing6580_we_l-user 5.1 LMY47I. The Firmware is based on Google’s Android 5.1 Lollipop Mobile OS.

Contents show
1 What Is Stock ROM and What are its benefits?
2 Disclaimer:
3 Pre-Requirements:
4 Download iCall 6S Plus Flash File / Stock ROM
5 Steps To Install Official Stock ROM On iCall 6S Plus

The Advantages Of iCall 6S Plus ’s Stock Firmware

Steps To Install Official Stock ROM On iCall 6S Plus 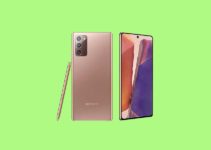