[su_dropcap style=”flat” size=”5″]H[/su_dropcap]ere is our list of Best OnePlus 5T Custom ROMs with great performance and battery life: OnePlus have grown into a very successful Smartphone manufacturer within few years of the hitting the market. With a flagship device each year they have already got a good user base around the world. The year 2017 found two devices from OnePlus getting a ton of positive reviews from all department. The flagship killer OnePlus 5T is the one which gained a lot of concentration from various regions. OnePlus 5T is a true flagship killer when the specifications and performance are considered.

The one other good thing about OnePlus devices are the developer-friendly nature of them. They are loved by developers around the globe because of this reason. This had also made a lot of custom ROM developed for these devices by different developers. OnePlus 5T has a lot of custom ROMs to choose ROM, each better than the other.

Custom ROMs are a good thing to try on OnePlus 5T. These custom ROMs comes with a lot of new features added which won’t be available with the stock Oxygen OS. They are also good at improving different aspects of performance. There are Custom ROMs developed for most OxygenOS versions released so far. Find below, some of the best custom ROMs which you can try with your OnePlus 5T.

The OnePlus 5T comes equipped with a large 6.0-inches display with a screen resolution of 1080 x 2160 pixels. It also has Corning Gorilla Glass 5 protection. The device is powered by Snapdragon 835 processor coupled with 6/8GB of RAM. The device comes with 64 or 128GB of internal storage option. The OnePlus sports Dual 20MP + 20MP on the rear and 16MP front camera. It houses a Non-removable Li-Po 3500 mAh battery. It also offers world’s Fast charging technology called Dash Charge 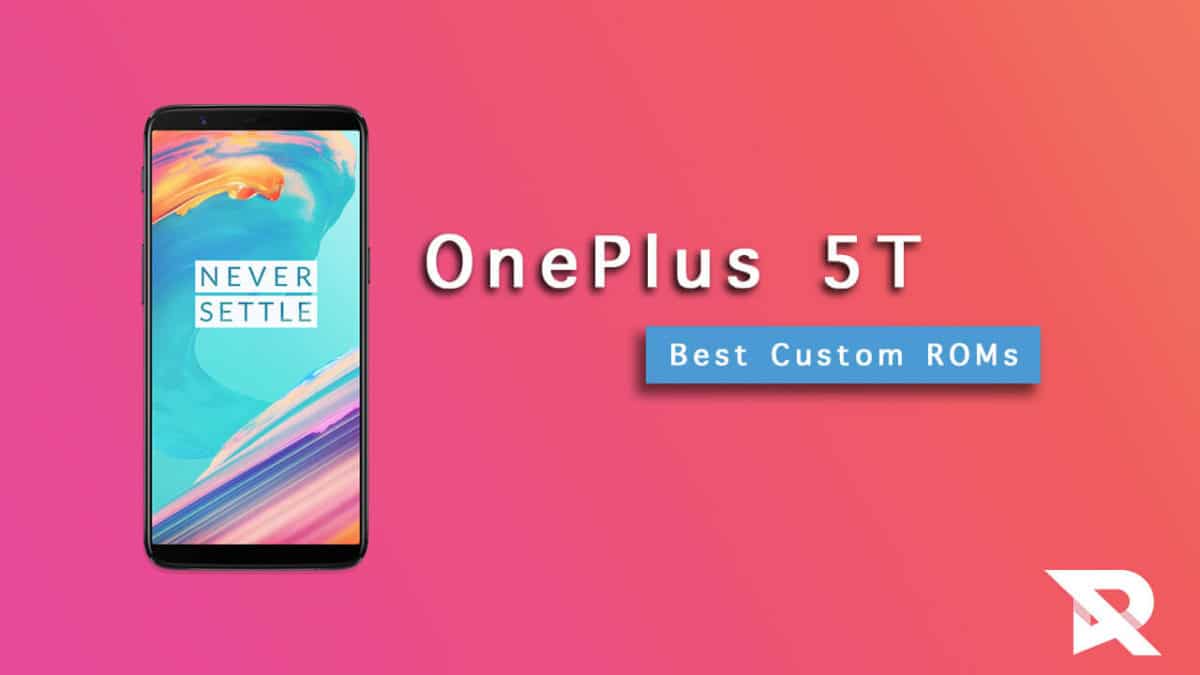 We have listed here the best custom ROMs that you can give a try on your OnePlus 5t. All the custom ROMs here give a lot of added features and improvements to your device.

Other good options for custom ROM for OnePlus 5T are:

This post will be updated every week with latest Custom ROMs For OnePlus 5T, so if you are a OnePlus 5T user then bookmark this page.