The Android 8.1 Oreo is fairly a new version of the Google labs. With the release of new Android 8.1 Oreo, the parallel thing that happens is the development of the Custom ROM which essentially acts as a wrapper to the underlying Android version. The Official Havoc OS Oreo on Nexus 6 based on Android 8.1 Oreo is packed with new Wallpaper Themes, AutoFill, Redesigned Power Menu, Adaptive Icons, Picture -In- Picture Mode, Google Play Protect and 2X Boot Time, new Shutdown and boot Animation, Pixel 2 Launcher, Round Statusbar Icons, and Settings. Follow the below step by step guide to install Havoc OS ROM on Nexus 6 (Android 8.1 Oreo).

How to Install Havoc OS Android 8.1 Oreo on Nexus 6 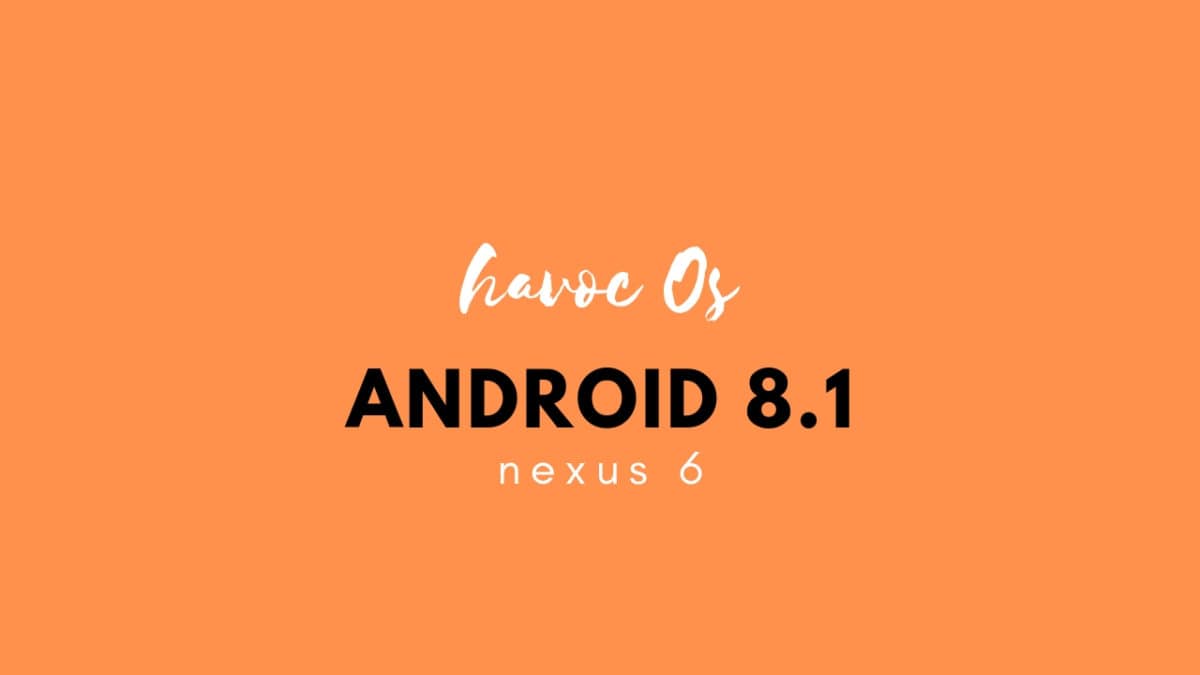 Guide: How To Create & Restore Nandroid nitrogenkup on Nexus 6

Once the flashing process is completed, reboot your phone and you will be booted into havoc OS Based on Android Oreo 8.1. If you have any doubts regarding this process, feel free to comment below.