This Process is very simple and easy.Here we will be using OdinFlash tool to Install TWRP On Core prime then we can easily Flash the SuperSu Zip file to get root access On MetroPCS Core Prime.

If you have a MetroPCS Core Prime and you want to root it then just follow this simple step by step guide to Root Galaxy Core Prime SM-G360T1(MetroPCS) & Install TWRP.This is only for MetroPCS Galaxy Core.

If You Want One Click Read Guide then Go to this Link:–>>Root Galaxy Core Prime SM-G360T1(MetroPCS) Without PC

This guide is only for Galaxy Core Prime SM-G360T1(MetroPCS)

rootmygalaxy.net will not be held responsible for any kind of damage occurred to your  Galaxy Core Prime SM-G360T1(MetroPCS) while following this tutorial.Do it at your own risk.

[icon name=”hand-o-right” class=”” unprefixed_class=””]Make sure that your phone has more than 60% charge.

→ Check the official downloads page here for the latest version of MetroPCS Galaxy Core TWRP available at the moment. 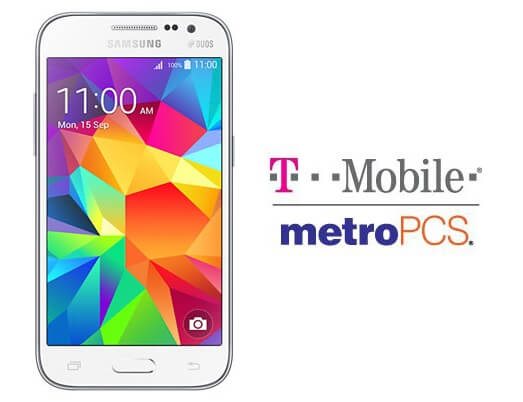 Step 1. Download Odin and TWRP recovery file from above.

Step 2. Install MetroPCS Galaxy Core driver.First of all. Double-click the .exe file of drivers to begin the installation. (Not required if you have already done this.

Step 3. Extract the Odin file. You should get this file, Odin3 v3.10.6.exe (other files could be hidden, hence not visible).

Step 4. Disconnect your MetroPCS Galaxy Core from PC if it is connected.

Step 6. Double click on extract file of Odin, Odin3 v3.10.6.exe, to open the Odin window, as shown below. Be careful with Odin, and do just as said to prevent problems.

Step 8. Load the TWRP recovery file into Odin. For this, click the AP button on Odin and the select the kernel’s file you downloaded above.

Step 9. Make sure Re-partition checkbox is NOT selected, under the Options tab. Don’t use PIT tab either. Go back to Log tab btw, it will show the progress when you hit start button in next step.

→DONE!!! TWRP is installed on your MetroPCS Galaxy Core!

One-Click method is not tested by US, But you can test it as it is safe.