Google Pixel XL has been getting Android P Developer preview updates and the device will be updated to Android P (9.0) Officially. The Google Pixel XL is currently running on a stable build of Android 8.1 Oreo, but if you want to have some more customization option and better optimization, you might like the official Lineage OS 15.1 For Pixel XL (Android 8.1 Oreo). 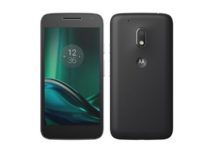