Download/Install Mokee OS Android 8.1 Oreo On Samsung Galaxy S9: Samsung is the biggest names in the Android mobile manufacturing industry.All the Samsung devices no matter if it is a flagship or entry-level device come, great developer, support.The Samsung Galaxy S9 which were the flagship device from Samsung is no exception.Samsung Galaxy S9 comes with an unlockable bootloader which means users can install TWRP or any other recovery and flash any custom ROMs they want.

The developers support for these devices is also great.Now there is another Oreo-based Custom ROM available for Samsung Galaxy S9.Samsung Galaxy S9 has started getting the latest Mokee OS ROM based On Latest Android 8.1 Oreo.This custom ROM is based on the source code of Android 8.1 Oreo and it comes with not only the features of Oreo firmware but it also has a lot of additional features as well.

Samsung Galaxy S9 was released in February 2018.It comes equipped with a 5.80-inch touchscreen display with a resolution of 1440 pixels by 2960 pixels.It is powered by a 1.7 GHz octa-core Samsung Exynos 9810 processor coupled with 4 GB of RAM. It runs Android 8.0 Oreo out-of-the-box. This device has 64 GB of internal storage which can be expanded up to 256 via microSD.The Samsung Galaxy S9  sports a 12-megapixel primary camera on the rear and an 8-megapixel camera on the front. 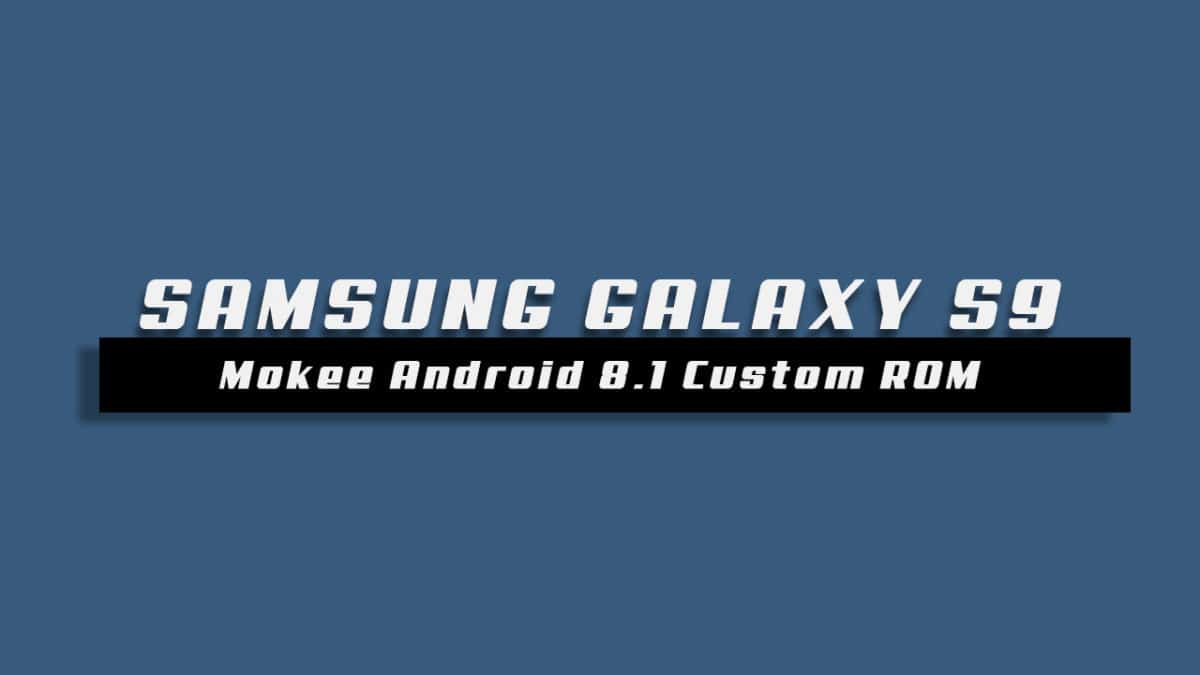