The unofficial build by XDA Recognized Developer Vidhanth is in the alpha stage of development, it may contain a lot of bugs may not suitable for the daily driver. The developer working on bugs found in this build, expected to fix them soon. The official builds are under development, you can wait until official release. If you want to taste the new features in Android Oreo or wanna try the latest version of Android OS right now you can follow the below guide to install Android 8.1 Oreo on Galaxy S6 [AospExtended].

As AospExtended is based On Android 8.1 Oreo’s Source code, it has all the latest Android Oreo features and in addition to that AospExtended also has some extra customization features.

Android 8.1 Oreo now comes with Autofill feature which was available in the Chrome browser for Wuntils until now. The feature is Auto Fill mode which means that the OS will save your Email Address as well as Password.This will save your precious time

You may Like: How to get Android Oreo Adaptive Icons feature on Android 5.0 and above

In Android 8.1 Oreo, Google has once again updated the default emojis present in the Android OS to a blob-less emoji version rather than blob version which was seen on Android 7.0. There many new emojis are added to enhance your messaging experience

The picture in Picture mode which is also known as PiP mode is also added to Android 8.1 Oreo.This will be shown in floating window rather than the split-screen.

Above are some of the main features Android 8.1 Oreo (AospExtended) comes with.But there are much more. Overall AospExtended is the best Custom ROM available for Android.

How to Install Android 8.1 Oreo On Galaxy S6 | AospExtended ROM 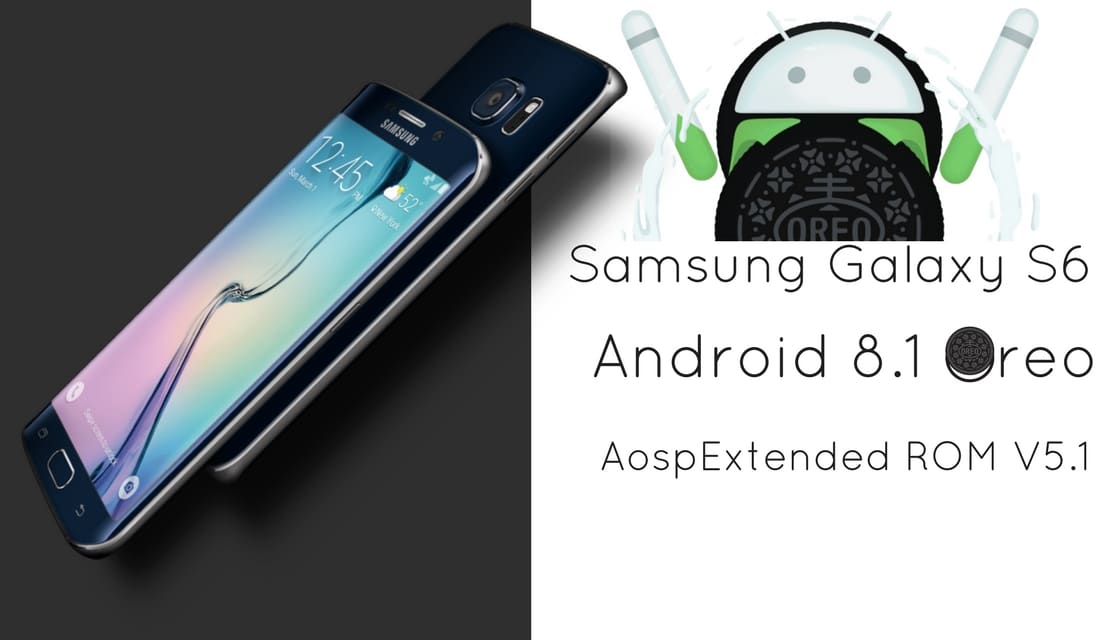 Once the flashing process is completed, reboot your phone and you will be booted into Android Oreo 8.1. Comment your feedback on Android 8.1 Oreo on Galaxy S6 (AospExtended).

How to Fix Rules of Survival Network Error [2018]