One thing to note, however, is that the official update period of the Moto G3 has been ended by Motorola and the smartphone’s only hope to be updated to the latest version of Android is via the custom roms and the community does not disappoint in this area. There are many ROMs that are available for this device and we have also seen that the latest version of Android has already been available in terms of custom ROM which is Android 8.0 Oreo.

Google recently announced an upgrade to Android 8.0 Oreo with Android 8.1 Oreo and this update is still in Developer Preview and the final update will be released at the end of 2017. However, the Moto G3 has already received a custom ROM which will bring the Android 8.1 Oreo Developer Preview 1 to the smartphone. This is thanks to the Developers psychicboy, althafvly, and rahul9999 who have been able to boot into Android 8.1 Oreo on the Moto G3 with the help of Pixel Experience ROM. Currently, most of the important things like WiFi, Calls and other things have been found to work normally and it is possible to use as a daily driver.

As Pixel Experience Oreo ROM is based On Android 8.0 Oreo’s Source code, it has all the latest Android Oreo features and in addition to that Lineage OS also has some extra customization features.

Above are some of the main features Android 8.0 Oreo (Pixel Experience Oreo ROM .0) comes with. But there are much more. Overall Lineage OS is the best Custom ROM available for Android. 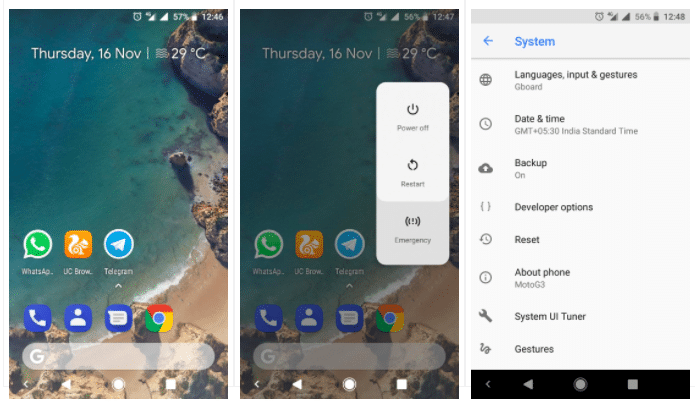