Download and Install Lineage OS 15.1 on Lenovo Vibe K5 (Android 8.1 Oreo): Lineage OS is a name which every Android user must have heard about at least one time or the other. It started out as the CyanogenMod and its extension came out to be known as Lineage OS. The unofficial build of the latest version of Lineage OS has come out for all the Lenovo Vibe K5 users and in this post, we will be telling the users how they can install it on their device. But first, we need to thank Shreps, Recognized Developer over Xda for sharing with us this build which works brilliantly for Lenovo Vibe K5 models. This unofficial build of Lineage OS is termed as Lineage OS 15.1 and it is based on the Android 8.1 Oreo OS source code. It comes with not only the usual features of Oreo but it also comes with a lot of added features which are not present in the official update of Oreo. Before we begin the installation, we need to give a warning that this update is not the official build and it is still in the initial development stages so there might be a few bugs and fixes required. A new update is on the way and it will include a lot of bug fixes and optimizations.

Lenovo, as we all know, is an extraordinary famous brand which has millions of users all around the world. Its Lenovo Vibe K5 comes equipped with a 5.0-inch display screen with HD resolution of 1280x720p, a Qualcomm Snapdragon 415 1.2GHz Quad Core processor, 2 GB RAM, 16 GB internal storage capacity, and a removable 2750mAh battery. It runs on Android 5.1 Lollipop OS and its other features include a 13.0 MP rear camera, a 5.0 MP front camera, Wi-Fi, GPS, USB OTG, Dual SIM standby, Bluetooth v4.1, and more.

Installing the Lineage OS update is the easy part but what is more important is the part which most websites usually forget to post. That part is the basic information where you tell the user what is Lineage OS and custom ROMs, and how they are used in Android devices. In this post, you will get the added benefit of all the information and step by step installation guide at one spot which will make your job easier. 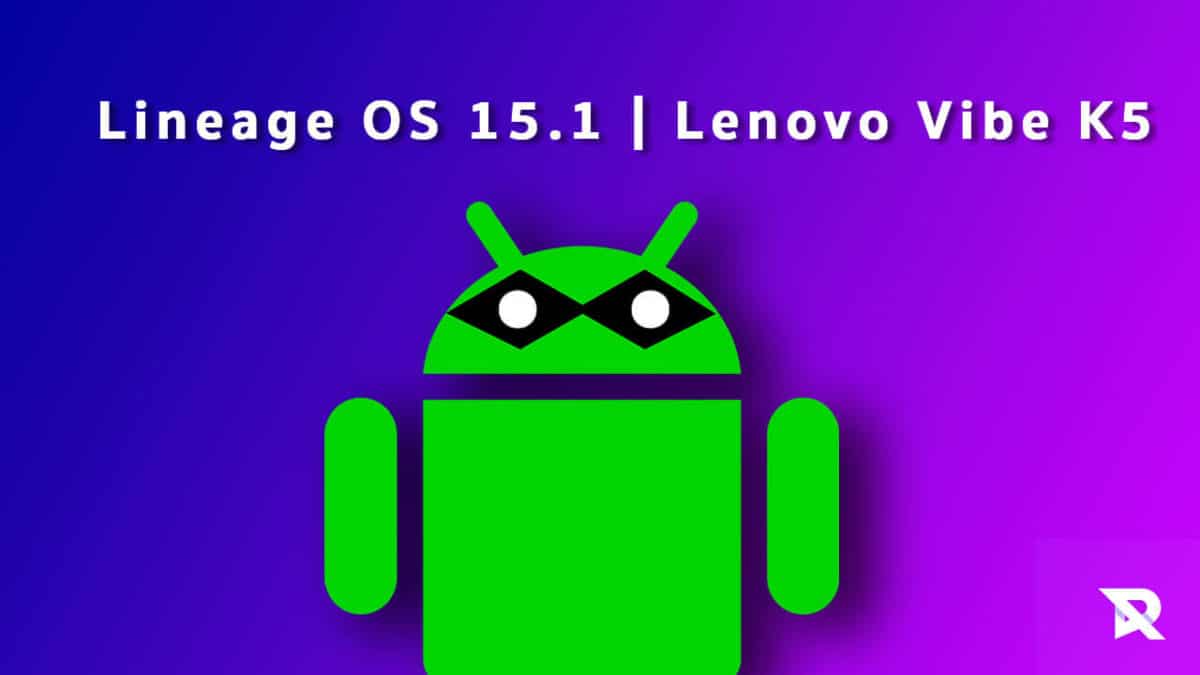