Download and Install Update Moto G5 Plus To Android 8.1 Oreo In 5 Mins (Potter) was one of the highest selling phones of 2012 and lie all other Moto G5 Plus series phones it got many developers support.There are many custom roms available for the device.It is sure that Lenovo won’t update the device to Android 8.1 Oreo officially which means users have to depend on Custom ROMs.

Here we would like to thank Vache for sharing the unofficial build of Lineage OS 15.1 For Moto G5 Plus (Potter).Remember, the ROM is in its initial stage so there may be some bugs present in this build and we are sure these bugs will be fixed in the future update.We don’t recommend users to use this ROM as their daily driver.

If you are a Moto G5 Plus user and are interested in this new update, you can easily download and install it. All that you need to do is fulfil some pre-requisites, complete few downloads, and then follow the guide mentioned below.Once the ROM is available we will update the post with active link and you can then download Lineage OS 15.1 For Moto G5 Plus

The Lineage OS is the new form of CyanogenMod which was the most used and Popular Android Custom ROM.Lineage OS 15.1 is based On Android 8.1 Oreo Source Code and Comes with all the Android 8.1 Oreo features like Picture in Picture mode, split-screen mode and better battery optimization.Follow the guide to Update Moto G5 Plus To Android 8.1 Oreo In 5 Mins 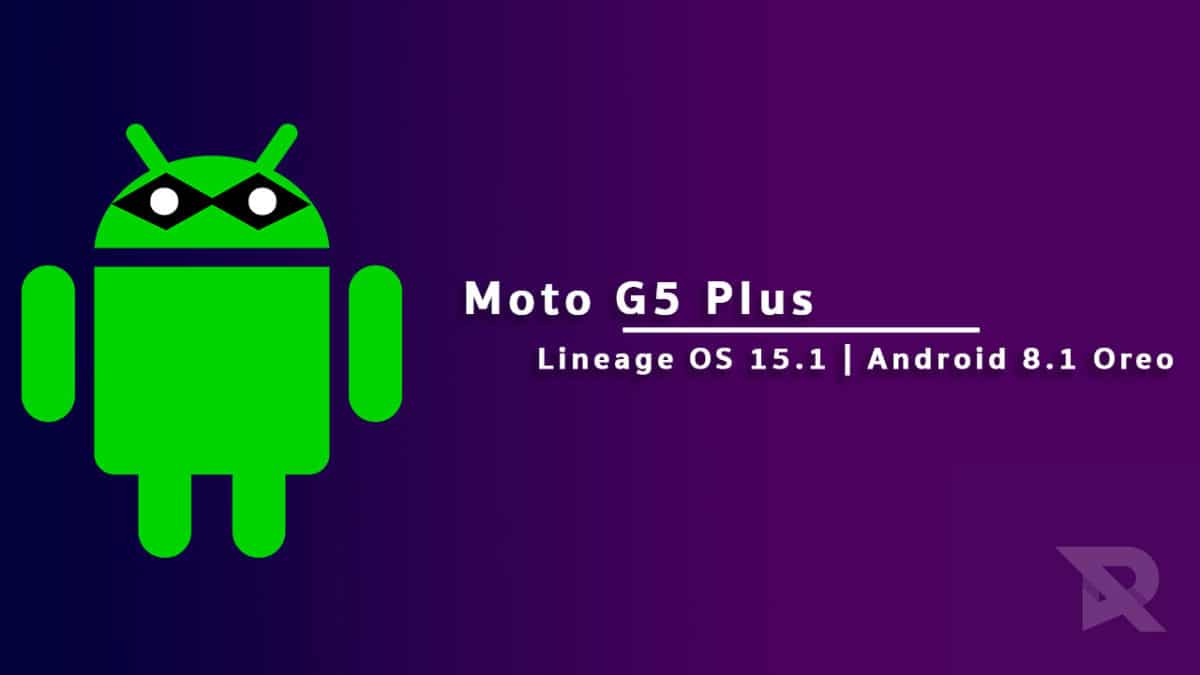