Xiaomi Mi Note Pro is a mid range flagship from Xiaomi.The phone equipped with a large 5.70-inch touchscreen display with a resolution of 1440 pixels by 2560 pixels at a PPI of 515 pixels per inch. The device is powered by 1.5GHz octa-core Qualcomm Snapdragon 810 processor coupled with 4GB of RAM.It comes with 64GB of in-build non expandable storage.The Xiaomi Mi Note Pro packs a 13-megapixel primary camera on the back and a 4-megapixel front camera for selfies.The Xiaomi Mi Note Pro runs Android 5.0 Lollipop out of the box and houses a 3090mAh non removable battery.

We like to thank GuaiYiHu for sharing this unofficial build of Lineage OS 15.1 for Xiaomi Mi Note Pro users.This custom ROM is based on latest Android 8.1 Oreo source code.We don’t recommend users to use this ROM as a daily driver as of now.The ROM is still in its initial development stage.We are sure in coming days all the bugs will be fixed by the developer.

If you are happen to be a Xiaomi Mi Note Pro user and are interested in this new update, you can easily download and install it. All that you need to do is fulfil some pre-requisites, complete few downloads, and then follow the guide mentioned below.Once the ROM is available we will update the post with active link and you can then download Lineage OS 15.1 For Xiaomi Mi Note Pro 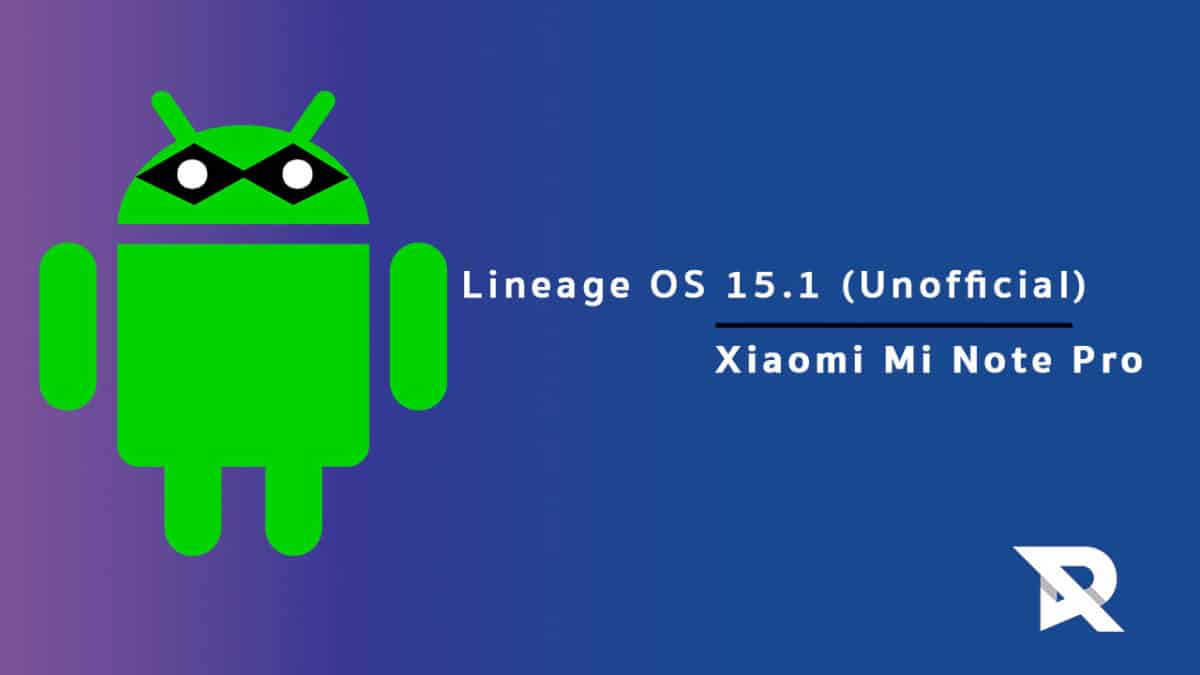